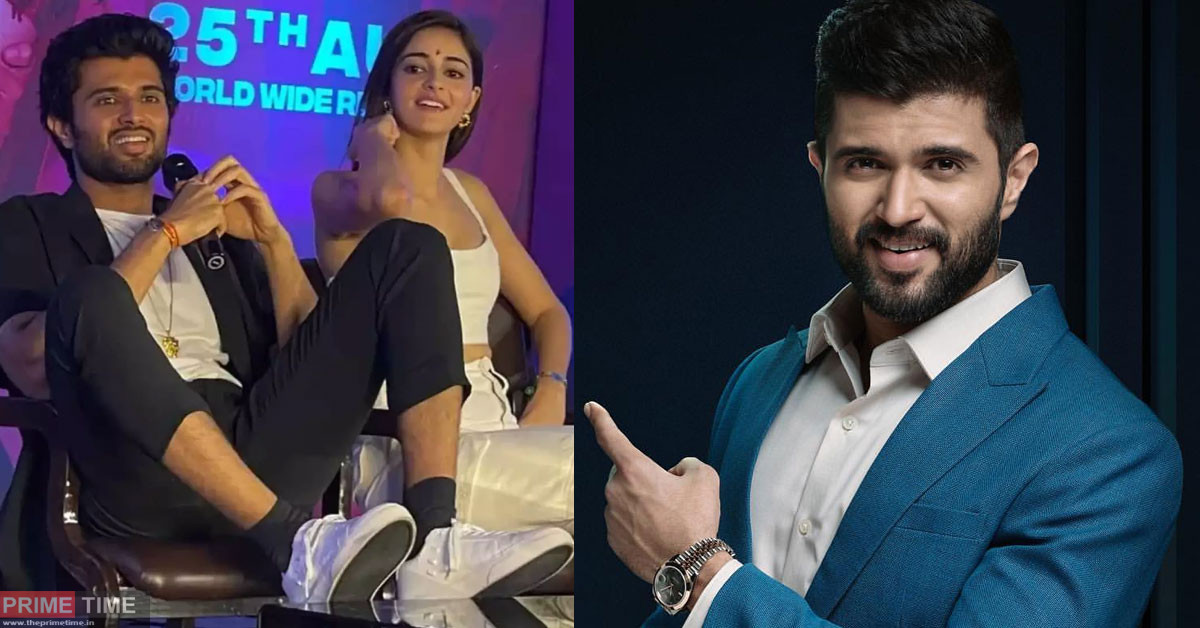 Vijay responds to his trending bad attitude on social media

The upcoming film “Liger” is currently occupying Bollywood actresses Ananya Pandey and Vijay Devarakonda. The two celebrities have been spotted at events around the state while actively promoting their movie. Actors Vijay Deverakonda and Ananya Panday recently appeared at a press conference held in Hyderabad. A reporter told Vijay that after speaking with him when ‘Taxiwala’ was released in 2018, he was no longer able to talk to him comfortably. As he put his feet on the tepoy in front of him and asked the reporter to sit down, Vijay also asked him to speak freely and without hesitation to the actor. However, many people teased Vijay after watching the video, saying he has an attitude problem.

Vijay Deverakonda has now reacted to the controversy. He took to his Twitter and wrote: “Anyone trying to grow in their field will always have a target on their back. But we fight back. And when you’re honest yourself and want the best for everyone. Love people and God will protect you.

And when you’re honest, yourself and want the best for everyone – Love people and God will protect you ❤️🥰https://t.co/sWjn9ewDpr