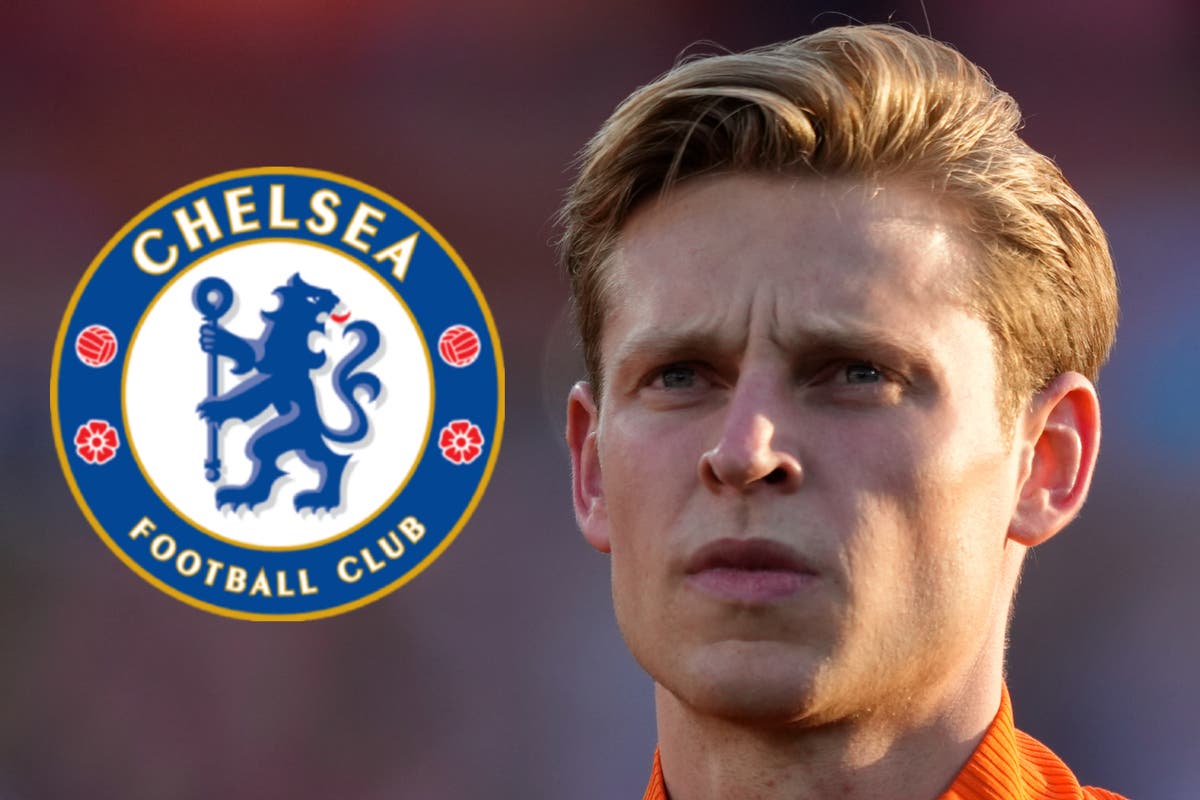 The Premier League season is fast approaching and Chelsea, Arsenal and Tottenham all remain active during the summer window. Thomas Tuchel will be hoping to land Jules Kounde as he continues his squad rebuild, while Manchester United target Frenkie De Jong is said to be open to a move.

Arsenal, meanwhile, have missed out on signing Raphinha and are still keen to strengthen their attack, with a deal for Oleksandr Zinchenko nearly complete. Lyon’s Lucas Paqueta would be Mikel Arteta’s main target on that front and the idea of ​​him joining Gabriel Jesus at club level must be incredibly exciting.

At Tottenham, attention has turned to selling unwanted deadwood, but Antonio Conte is still keen on an attacking player during what remains of the window, namely Roma’s Nicolo Zanioloo. Follow all the latest news, rumors and gossip in our LIVE blog below!

Tottenham centre-back Japhet Tanganga is closing in on AC Milan in a likely loan deal.

Jesse Lingard has joined Nottingham Forest as a free agent on a one-year deal, Athletic report.

Forest made a late move for Lingard, who was a free agent, and would have blown rival interested parties – namely West Ham – out of the water with a huge wage offer.

The 29-year-old will join his new teammates in Germany on Friday ahead of a pre-season friendly against Union Berlin the following day.

Oleksandr Zinchenko is wasting no time in endearing himself to Arsenal fans, despite still not being officially a Gunners player.

Nottingham Forest are closing in on the free signing of Jesse Lingard on a free transfer, Fabrizio Romano reports.

The first part of his medical examination took place yesterday.

No regrets for Varane

Raphael Varane has no regrets about joining Manchester United, despite a difficult first season at Old Trafford which was made worse by former club Real Madrid’s Champions League victory.

“It was not the best season, the best results,” Varane told the PA news agency. “Obviously I wanted to play a bit more but that’s part of football and we’re looking forward to next season.

“I think a lot of things we could do better and obviously we want to improve for next season. I think we need consistency and we need to build that confidence.”

West Ham have made an official offer of £34million for striker Gianluca Scamacca, according to Sky Sports News.

The striker is in high demand and Sassualo is looking for over £40m to sell, so talks will continue.

Anjorin out but Broja and Colwill said wait

Chelsea midfielder Tino Anjorin is set for a second loan spell with Huddersfield Town, writes Nizaar Kinsella, but Thomas Tuchel has told Levi Colwill and Armando Broja not to decide their future.

Anjorin, 20, received numerous offers from Championship rivals and a foreign club but opted to return to the Terriers, where he made eight appearances in the second half of last season.

The likes of Billy Gilmour, Colwill and Broja are attracting interest from Premier League clubs.

Another name to fight over now as Chelsea and Manchester United are also set to battle for Bayern Munich’s Benjamin Pavard.

According to L’Equipe, the defender could be away this summer and United are interested.

But Chelsea are ready to pose a serious threat for his signature.

Manchester United have received another blow in their pursuit of Frenkie de Jong, with the midfielder reportedly preferring a move to Chelsea.

A fee has been agreed with Barcelona but the Dutchman is reportedly unwilling to join ex-manager Erik ten Hag at Old Trafford.

Instead, Spanish outlet Sport claim the midfielder is open to a move to either Chelsea or Bayern Munich.