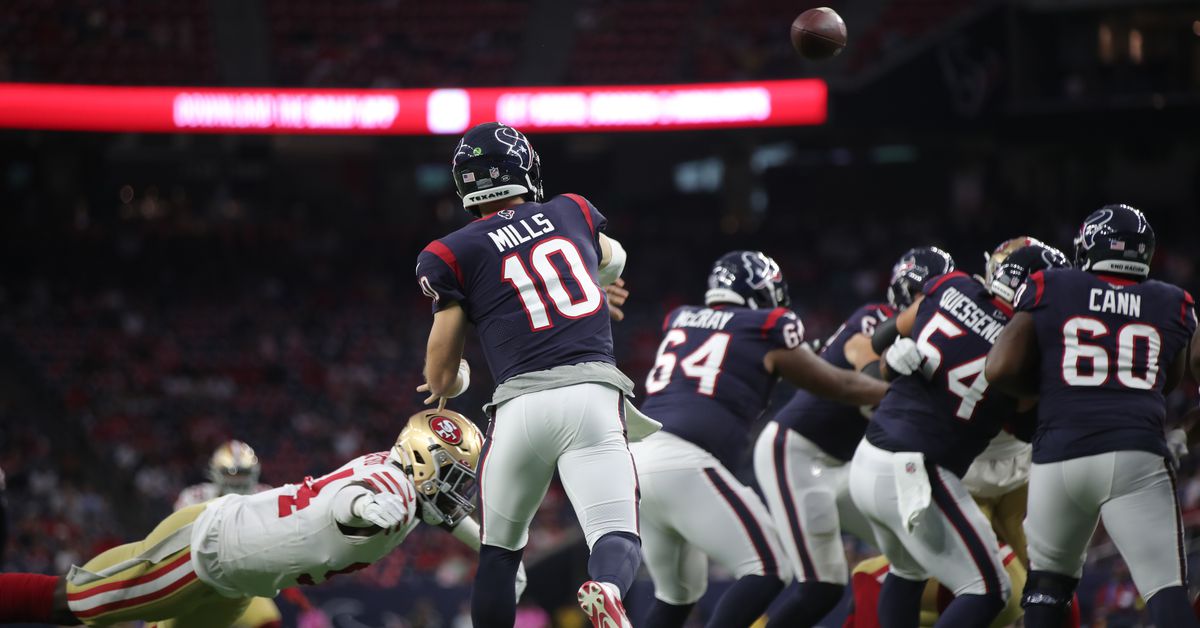 Totally Not Fake News: For Texans, the end of the beginning?

Houston – As August moves into September, the NFL schedule shifts from preseason to regular season. The final pre-season games are over, and now the coaches and players who survived the cuts are now preparing for the real competition. Still, while many are more than eager to move on, there is something to be said for reviewing the past two weeks.

For the Houston Texans, that would mean reliving the second undefeated preseason in team history (4-0 in 2016) as they went 3-0, to include two last-minute comebacks at the fourth trimester. While a number of fans and players may not give preseason records much credit, there were those within the Texas organization who felt differently.

“We are number 1! We are number 1! We are number 1, number 1, number 1,1,1! Yeah baby! Easterby be, um, I mean, thank God!!! extolled the executive vice president of football operations for the Texans. “I know that we set our sights on winning pre-season last year, and even though we haven’t achieved that yet, we, under the blessed guidance of the Most High and Holy, and his awesome messenger (which may or may not be me), it’s done now!!! I even got back to work and created the design for the 2022 NFL Pre-Season Championship.”

The OVPFO sprinted for the door, but our Totally Not Fake News reporter didn’t hear from him for a long while. Our sources will later learn that the EVPFO did indeed go to the offices of the two men to deliver their loot, but the reception was apparently not reciprocated.

“Apparently, [Head Coach] Love [Smith] cordially received the visit, but when presented with the shirt, calmed looked up at [the EVPFO]looked down at the shirt, back up to [the EVPFO], and threw the shirt with such rapidity that it nearly broke the office window. When [the EVPFO] attempted to object, Lovie looked on and calmly said, “Shut up, Jack.” Before another protest, it was “Shut up, Jack, and please close the door after you leave.”

Our sources continue: “The meeting with [GM] pseudo [Caserio], well, we didn’t quite catch the dialogue, but there was an awful lot of screaming/screaming. Apparently, major fabric snags took place and the OVPFO was so distraught that he immediately ran to the CEO’s office. Good, [CEO] cal [McNair] welcomed him warmly. Still, before the OVPFO got too many words of complaint, Cal encouraged him to try one of his latest culinary treats: blackened hot dogs.

Totally Not Fake News can confirm that the OVPFO tried a few hot dogs. Apparently, many people later also reported that the OVPFO spent the rest of the afternoon and much of the next day swallowing copious amounts of water to try and get rid of the “despicable taste of ash and charcoal from his mouth, while the Divine Message would not be corrupted by the work of Satan’s kitchen.

While the Front Office had their own way of handling pre-season, player emotions also varied. While some, like Brandin Cooks and Laremy Tunsil didn’t register any snaps during pre-season, many other players on the roster were fighting for their professional lives.

“Listen, the last week of pre-season is possibly the hardest and toughest week of the year for anyone in the personnel department. Anyone with a tiny ounce of emotion or soul hates this week The reason for that is because it’s the week you can tell a young man that his lifelong hopes and dreams are dead and buried. [Easterby] no one, I tell you.

The Texans organization is as aware as anyone of the impact of the cuts to training camps. While some players have a rough idea of ​​where they stand, the Texans have set up a new program to offer manuals and books to help potential players know where they stand and offer advice on what to expect. in the future.

NOTE: These books have been tailored to each player. This was in addition to the game manuals and other training materials that all players received at camp. Totally Not Fake News has learned that the ever-present EVPFO offered their contributions for the mandatory team books, but were rebuffed by an unidentified executive figure with a long white beard, penetrating eyes and a master of the subtle phrase “Shut up, Jack.”

For others, literary selections might vary depending on position and status.

For Ross Blacklock, he found this book in his locker:

For Max Scharping, there was some initial confusion when he saw this book:

Eventually Max Scharping took the book, but would quickly receive this work to help him with his new job.

“Reading is good. It makes me the most amazing CEO in the entire NFL. The most amazing,” Cal McNair beamed as he frantically waved his hand back and forth over a very smoky grill. We wondered if all that grilling explained the special scent Hannah McNair wore at the recent Texans gala.

“Oh no, it wasn’t a deliberately special effort on his part. What happened is that Cal is so into his grills that he placed one in the bedroom and was working on a recipe while Hannah was getting ready for the ball. Well, you remember those “blackened hot dogs…”

While Totally Not Fake News tries to avoid editorializing its stories and reporting the facts, as our readers expect, we’ll break with tradition and say it’s not a good idea to practice roasting in your own room.