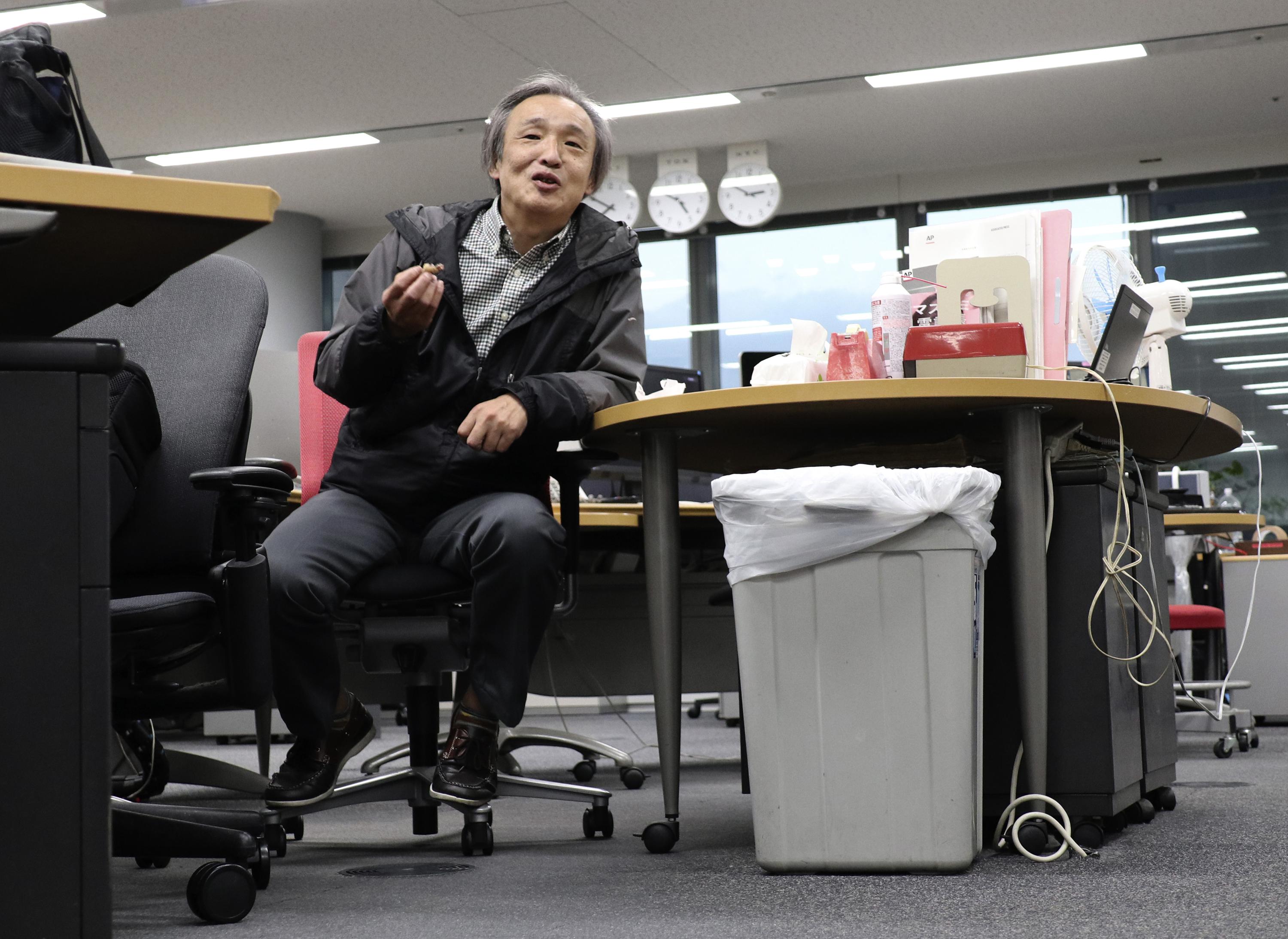 TOKYO (AP) — Toru Takahashi, a Tokyo-based photo editor and photographer for the Associated Press who spent his long career meticulously capturing images and sharing his knowledge with colleagues, has died. He was 62 years old.

Takahashi, who was being treated for lung cancer, died on Friday, just days after returning from hospital, according to his wife, Mieko Takahashi.

Originally from Kumamoto in southern Japan, he joined AP in Tokyo as an editorial assistant, running errands for photographers and reporters. He learned English and photography from senior executives, before getting a job editing and shooting photos.

Takahashi was known for his wry sense of humor and constant attention to detail, both on assignments and when preparing photos of his colleagues for publication.

“Toru was the ultimate professional on the (editing) desk, never cutting corners, always telling you where and when you were wrong, but always in a friendly way,” said Mark Baker, AP’s photo editor for the Australia and New Zealand. “He cared about the photo service and he left a legacy in the area of ​​photographers who know how to tone and caption.”

Early in his career, Takahashi asked his then-boss Chikako Yatabe to send him to cover a Formula 1 race in central Japan, saying the AP would not regret it.

“And just as he promised, he turned out to be an excellent photojournalist at various sporting events as well as general news coverage,” Yatabe said.

During his 36-year career at AP, Takahashi covered a series of major overseas events, including Hong Kong’s return to China in 1997 and South Korea’s 2002 presidential election, as well as two Olympic Games. Olympic Games – the Sydney Games in 2000 and the Beijing Games in 2008 – and seven F-1 races, both as an editor and as a photographer.

Yatabe said he inspired many of his colleagues not only with his work ethic, but also with his spirit. “Laughter surrounded him the whole time.”

During a typical editing shift, Takahashi sat hunched over his computer screen at his desk, a beloved chocolate-covered donut and a cup of coffee by his side as he edited hundreds of filed photos. by photographers from AP offices around the world.

He was also a talented photographer.

“Concepcion suddenly rushed to the corner of the ring and climbed the ropes,” Takahashi wrote on an AP blog. “I thought he would play with the crowd a bit, so I pointed my camera at him, but then he jumped off the rope and did a back somersault. I didn’t expect him to show such acrobatic jubilation in the ring, but I was lucky enough to capture a frame that shows the contrast between the celebrating champion and his staff standing sideways, almost without emotion.

Takahashi decided to go home instead of staying in the hospital.

“He texted me saying he was going to try to win the battle. And added ‘Home is comfortable.’ “I wasn’t surprised at his mention of home. He often talked about his family, mostly with humor. And love,” said Yirmiyan Arthur, an AP photo editor in South Asia.

Instead of flowers, Takahashi’s children filled his casket with some of his favorite things, including horse racing brochures, movies, baseball and boxing photos, as well as the camera bag and shoes he used on reporting trips.

They also performed Led Zeppelin’s “Stairway to Heaven” and the theme song to his favorite samurai drama, his wife said.