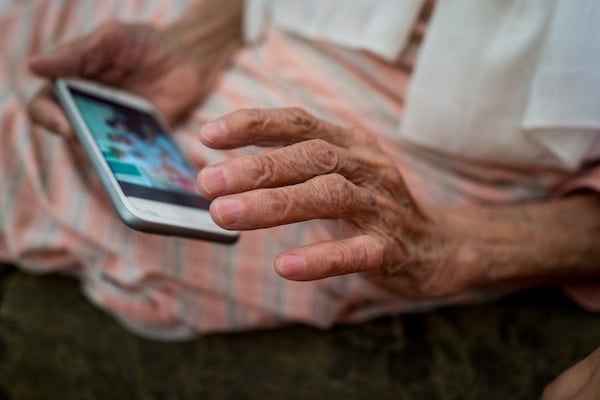 The anthropology of social media

The term digital anthropology sounds like a contradiction in terms. What could a discipline that typically relies on months of patient, qualitative observation, and which was designed for the study of small-scale societies, contribute to understanding the extraordinary dynamism of our digital lives?

The answer is that we often hear general statements about the impact of social media – that we’ve lost our ability to have real friendship or that our brains are shrinking. An anthropologist will answer: “but are these statements also true for American students and Indian farmers and Chilean copper miners?”

I recently published a book called People’s comfort, based on research I conducted with hospice patients in England, many of whom had been terminally diagnosed, most often with cancer. The intention was to advise the hospice on how best to use new media. Communication technologies are particularly important here, as almost all care is provided in patients’ homes rather than within the hospice itself.

The book tells the story of a patient whose first experience of Facebook followed the confirmation of her terminal cancer. She used this new ability to teach others about the death experience and mend her family’s old feuds. Another patient, a man who had worked in the IT profession, explains how Facebook meant he didn’t have to tell each individual separately about his changing prognosis. But it also meant that in writing his posts, he acknowledged these developments for himself. At that time, his cover photo was a particular type of selfie – one taken in a mirror – an extremely appropriate use of this technology to illustrate this simultaneity of revealing his evolving situation both to others and to himself.

A layman might consider these stories superficial. But the anthropologist takes them seriously, empathically exploring each use of digital technologies in terms of the larger social and cultural context.

I could only make sense of the hospice study, for example because I was simultaneously conducting an ethnography of social media use in some English villages. One of the most surprising things I discovered was that even in this rural setting, where an elderly man died in the bed where he was born, many of these patients could become both isolated and lonely. The main cause turned out not to be, as most people imagine, the decline of the traditional community. Rather the opposite. It was a continuation of an English tradition that people socialize in the public realm – the pub or the golf course, for example – but are very reluctant to enter the private home. The neighbors say that of course they would help, if asked, but the patient would never think of becoming a burden by asking for help.

This ethnography seemed to demonstrate the essential anglicism of the new media. In the villages, adults used social media to keep others at a safe distance. Having them on Facebook means you don’t have to invite them over to your house or have long phone conversations. As with traditional front window sheers, you can observe without being observed.

But to suggest that this behavior is particularly English requires comparisons with behaviors elsewhere – and in fact my study was part of a larger project called “Why We Post”.“, for which a team of nine anthropologists each spent 15 months in regions around the world to examine the use and consequences of social media. Through 11 published volumes, the project has documented the extraordinary diversity of what social media has already become. In a town in southern Italy, for example, where people have a great social life drinking Aperol spritz in the town square, social media isn’t particularly important. But at a factory in China, a colleague of mine discovered that while the workers are working, sleeping and eating in the factory, everything that matters in their lives is now happening on social media. In some places social media seems to be the death of privacy, but for these factory workers it was often their first experience of modern privacy.

There are 250 million Chinese factory workers, which means they are no minor exception to the general claims we hear on social media. Once we consider the intimacy of social media and the regional diversity of its uses, digital anthropology may be the only way to observe and truly understand the new worlds being constructed today. .

Or, to put it more simply, while companies may develop platforms, it is people who primarily create the content, in the way that feels most appropriate to them and to the societies in which they live.