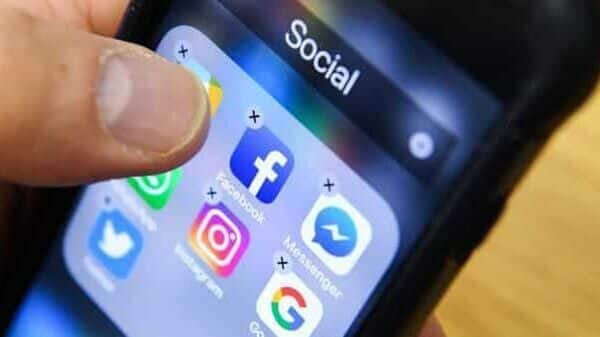 The transition from conventional news sources to digital platforms and applications has accelerated in recent years. A large portion (32%) of urban Indians prefer digital spaces for their daily dose of news and information, with social media feeds and WhatsApp or Telegram forwarding emerging as the most preferred method of obtaining this content when the survey took place at the end of 2021. This is followed by television news (28%) and newspapers (24%), including their websites. Despite increasing digitization, only 10% of respondents rely on digital-only news platforms.

The survey covered 206 cities. About 45% of the sample were millennials, one-third post-millennials (aged 18-24) and the rest pre-millennials (40+).

Despite the notoriety of provocative and fake news on social media, the importance of unconventional news sources in India still lags behind the West, according to the survey. A Pew Research Center survey last year found that most American adults now get their news from digital platforms.

Despite the popularity of social media, the nature of the frenzy has changed significantly since the last time we asked respondents similar questions. The younger you are, the more likely you are to use Instagram, and the older you are, the more you turn to Facebook, according to the latest survey. Facebook has lost popularity across all age groups since the 2018 survey, while Instagram and Twitter have gained.

Our choice of news media can shape our opinions, especially our political leanings, studies have shown. But the YouGov-Mint-CPR survey found a fundamental link between news sources and the very tendency to support a political party.

The opinions and information disseminated on social networks belong to all political persuasions, which could make these consumers of information more skeptical about their political opinions. Those who do not identify with any political party were the most likely to rely on social media feeds and messaging apps for their news consumption. While 38% of non-identifiers used this mode for news, this was the case for less than 30% of party supporters.

Only 23% of non-identifiers declare that the television news is their first source of information, against nearly 30% among party supporters. Supporters of the Bharatiya Janata Party were the most likely to trust TV news (31%).

The reverse is also true: those who relied on social media for news were more likely to identify with no party, and those who used TV news preferred the BJP.

The media are of great importance in conveying crucial information to the public in times of crisis. When the covid-19 pandemic hit, the media drew attention to early outbreaks. But later, some sections were criticized for resorting to politically motivated coverage, especially during the second wave when government measures proved insufficient.

The trend was also true for central government. Although Indians are generally less satisfied with the Center than with their state governments, here too viewers are the most satisfied.

Before the pandemic hit and brought the country’s economy to a halt, growth in Asia’s third-largest economy was already slowing. Yet this pre-pandemic level of economic output continues to be a handy benchmark for economists to gauge how well we are recovering from covid-19. Have we reached this level?

Half of the survey respondents believed that the Indian economy was already there or would be there within a year. But just like political optimism, economic optimism was also more common among adults who identified television news channels as their main source of information. Of those who rely on social media for news, almost half (47%) believe the economy could take more than a year to reach pre-pandemic levels.

This suggests that those using conventional news media modes were more optimistic about the state of the Indian economy than those relying on social media platforms.

* Thank you for subscribing to our newsletter.

Topics
2022-02-23
Previous Post: Queen Elizabeth covid news – Her Majesty ‘determined to get back to work’ after CANCELING all virtual engagements
Next Post: News from Queen Elizabeth II: Outrage over ‘unbelievable’ US statement on Her Majesty’s death | royal | News