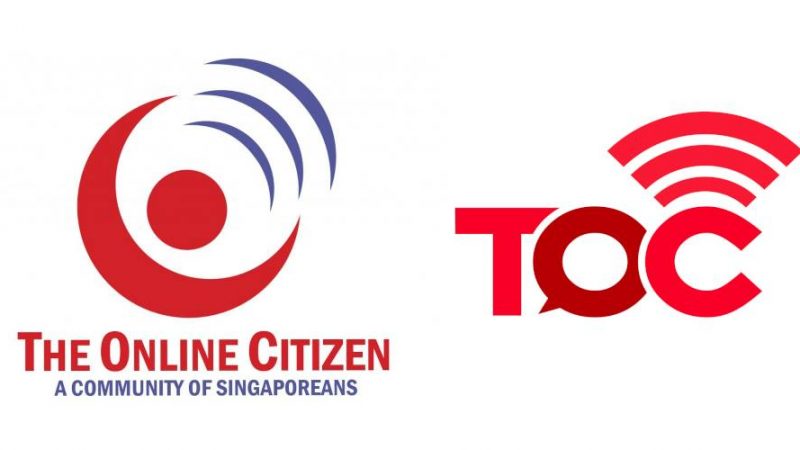 The Online Citizen went out of business this week. Source: Facebook

Singapore-based news portal The Online Citizen (Contents) temporarily shut down its website and social media accounts after its license was suspended by the Infocomm Media Development Authority (IMDA) for allegedly failing to disclose its foreign financial backers.

The IMDA order has been denounced by media freedom advocates as another example of Singapore’s restrictive policy governing independent media.

TOC has faced government threats in the past, but this is the first time the news portal has been forced out of business.

IMDA Explain why it was important to ensure that political websites did not receive foreign funding:

This is to prevent these sites from being controlled or influenced by foreign entities or funding, and to ensure that there is no foreign influence in domestic politics.

We have to be careful because the prevalence of the internet and social media platforms makes it easy for large numbers of people to influence.

IMDA is mistrustful TOC’s subscription model, as it can be a method for outside interests to influence company operations:

One element of TOC’s subscription framework allowed “subscribers” to get specific articles written, in exchange for “subscription funding” received. This is cause for concern as it could be an avenue for foreign influence.

On its now-deleted donation page, TOC offers subscribers the ability to pay for opinion pieces, investigative reports and news stories.

TOC Editor Terry Xu clarified that the subscription feature of the website does not affect their editorial work. He insisted that this revenue generation model cannot be considered advertising:

In this case, you have patrons, subscribers, who are more supportive opting into that level, and they could play a role in terms of the type of stories that TOC would carry.

You attempted to interfere with TOC’s business model by alleging that its subscription model cannot be justified and therefore all of its subscribers should be treated as donors.

Terry Xu added that IMDA’s actions reflected the government’s hardline approach to its dealings with independent media like TOC:

IMDA’s actions are nothing more than means of harassment and intimidation of the free press in Singapore. With Singapore’s strong grasp on digital financial transactions, it is impossible for the government not to know where the funds are coming from.

The licensing scheme is simply meant to strike fear into the minds of potential donors and subscribers to prevent them from supporting independent journalism in Singapore.

After the closing from the TOC website and its social media accounts, many Singaporeans expressed concern about the chilling effect of the incident. Journalist Kirsten Han acknowledged TOC’s role in publishing stories not covered by mostly pro-government mainstream media websites:

The table of contents provided space for issues that would not have had space elsewhere. His presence, his work, *has* moved the needle. This has pushed the mainstream media to cover (or better cover) issues such as migrant worker rights, which are now widely reported.

Daniel Bastard of Reporters Without Borders Noted this table of contents is singled out because of its critical reports:

Let’s not be fooled: the pro-government newspapers and news sites that make up most of Singapore’s media are entirely exempt from IMDA demands, unlike TOC, which is subject to endless harassment. We are clearly making the site pay for its editorial independence.

Contrary to expectations, there will be no sad statements about the forced closure of TOC after nearly 15 years of operation, as I assure you that this is only a temporary suspension of its operations and ‘a time of reflection for TOC to consider how it can better improve in order to serve Singaporeans, its supporters and the general public.

Through its legal representative, TOC has already asked the court to carry out a a judicial review of the suspension order issued by IMDA.