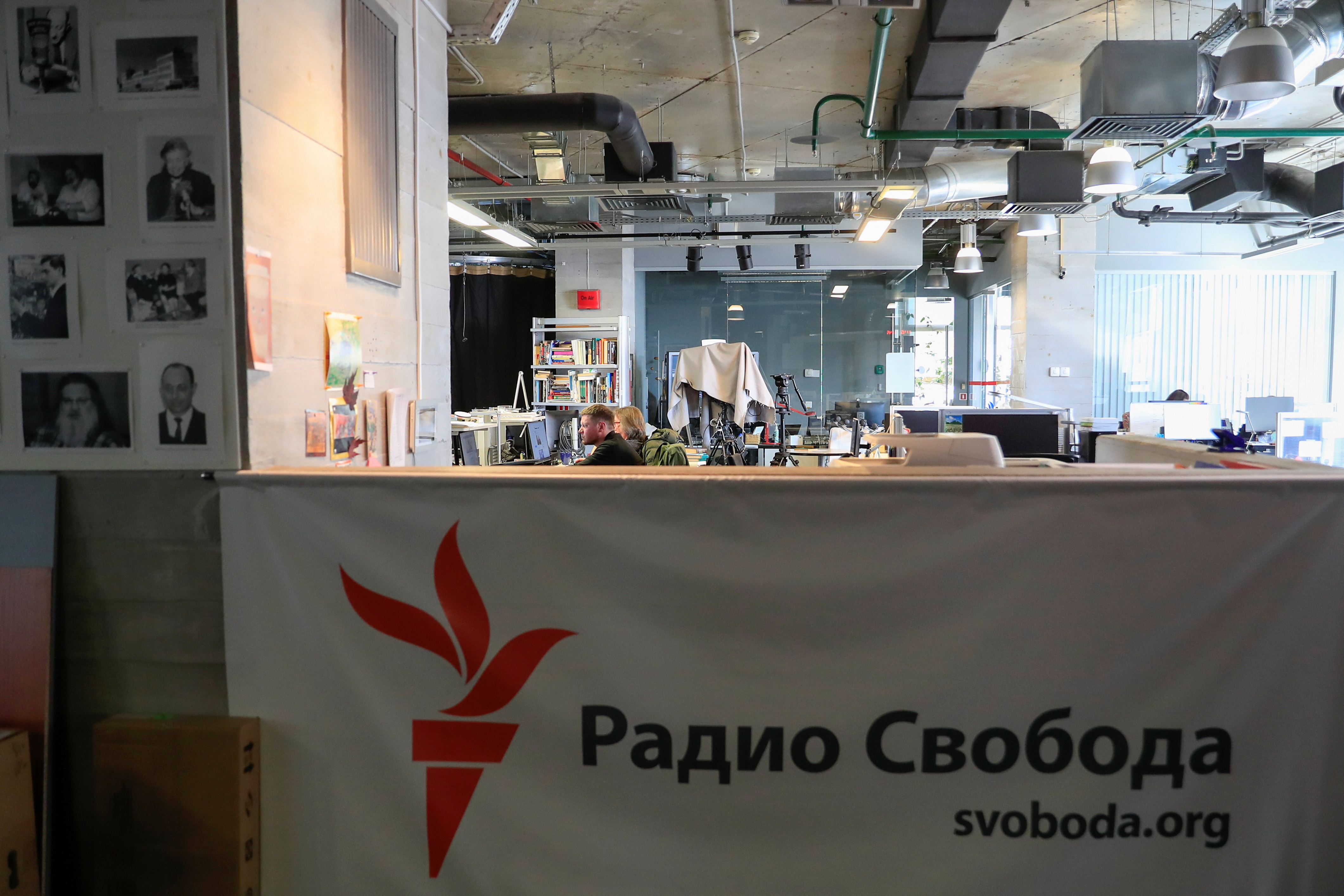 On May 14, Russian authorities froze the local bank accounts of US Congress-funded broadcaster Radio Free Europe/Radio Liberty for allegedly failing to pay fines imposed for violating the country’s foreign agent law, according to news reports and Kiryl Sukhotski, RFE/RL’s regional director for Europe and television production, who spoke to CPJ in a phone interview.

Separately that day, the Russian Justice Ministry added Stichting 2 Oktober, a Dutch nonprofit journalism organization that administers the independent news site VTimes, to its list of foreign agents, according to news reports and the Ministry of Justice website.

“Russian authorities should stop issuing fines and harassing the media for alleged violations of the Foreign Agents Law, an unfair law that should be repealed,” said Gulnoza Said, Europe and Central Asia program coordinator for the CPJ. “Radio Free Europe/Radio Liberty should be able to freely access its resources, and sites such as VTimes should not be forced to jump through hoops and risk heavy fines due to their ownership structures.

Two bailiffs from the Moscow Department of the Bailiff System of Russia, the law enforcement arm of the Ministry of Justice, visited RFE/RL’s Moscow office on May 14 and served on his staff a document stating that his accounts would be frozen due to the outlet’s allegations. non-payment of 5 million rubles (US$67,650) in fines, according to those reports and Sukhotski, who said that sum was only a small portion of the total fines the outlet faces.

The ushers said they would take an inventory of office equipment, but did not do so at the time; they did not interfere with the work of journalists in the office, Sukhotski told CPJ.

Later in the day, RFE/RL’s bank accounts in Russia were frozen, Sukhotski said, adding that since the accounts did not hold 5 million rubles, he feared authorities would confiscate the broadcaster’s equipment for pay the fines.

In January, the country’s media regulator, Roskomnadzor, began issuing notices to media outlets run by RFE/RL, accusing them of violating the Foreign Agents Law by failing to label their content as “produced by a foreign agent,” as CPJ documented at the time. . To date, RFE/RL faces 520 separate fines totaling $2,400,000, according to Sukhotski.

Sukhotski told CPJ that 158 ​​fines were revoked on April 16 due to a legal technicality, but the majority were filed and reimposed. Also in April, RFE/RL’s Moscow office filed a complaint against Russia with the European Court of Human Rights, asking the court to stop applying these fines, according to A declaration of the diffuser.

Sukhotski described the fines as “a targeted attack on RFE/RL by the Russian authorities”, and said they amounted to “political censorship and an attempt to introduce the Russian state into our editorial content”. He added that RFE/RL’s Russian correspondents felt nervous about working amid such restrictions, but said they were continuing to report.

Also on May 14, the Ministry of Justice added the Dutch foundation Stichting 2 Oktobe, which manages the domain of the Russian news site. VTimes, to his list of foreign agents, thus requiring VTimes comply with the law on foreign agents, in accordance with news reports and VTimes editor Aleksandr Gubskiy, who spoke to CPJ in a phone interview.

VTimes posted a declaration that day saying he would pursue the matter with the Department of Justice.

Nowadays, Russian List of Foreign Media Agents includes independent media Medouza and PASMI; several outlets operated by RFE/RL and the US-funded broadcaster Voice of America; the point of sale based in the Czech Republic middle east; and five individual journalists from RFE/RL. The list includes 20 entries, following the addition of VTimes.

Imposed since 2017, the foreign agents law may require media organizations and individuals receiving foreign funding to have a legal representative in Russia, provide detailed information about their activities, and note their foreign agent status whenever they produce information or are mentioned in news articles hurry.

Since 2017, the United States has also required a number of foreign-funded news organizations, including Russian-funded news outlet RT, to register under the US Media Registration Act. foreign agents, as documented by CPJ.

CPJ emailed Roskomnadzor and the Justice Ministry for comment, but received no response.