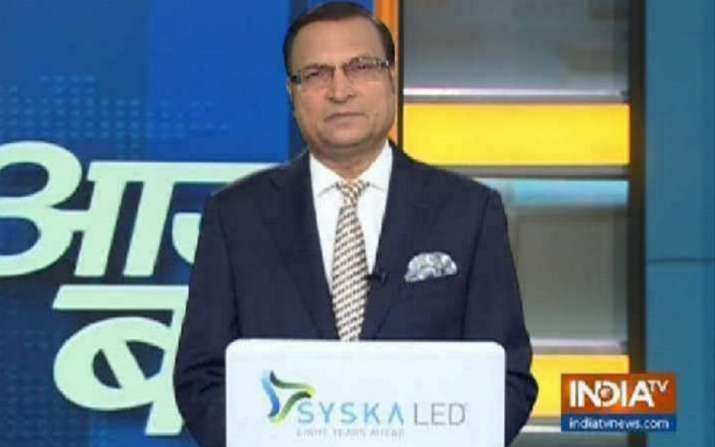 Reviews | Agenda 24: Key for the selection of Yogi Ministers

The imprint of a strategy to win the 2024 Lok Sabha elections is clearly visible in the new government led by Yogi Adityanath, who was sworn in during a mega event on Friday at Bharat Ratna Atal Bihari Vajpayee Ekana Stadium in Lucknow .

The swearing-in ceremony was attended by Prime Minister Narendra Modi, his top ministers Amit Shah, Nitin Gadkari, Rajnath Singh and others, most BJP chief ministers from different states, religious gurus, industrialists and thousands of BJP supporters who had gathered there. . Across the state, there were jubilations and special religious rites to mark the occasion of the swearing-in of a UP Chief Minister for a second consecutive term, a first in the history of Uttar Pradesh.

All eyes were on the induction of 32 freshmen as ministers and there were heated discussions about the 26 ministers who were dropped this time. A new deputy chief minister, Brajesh Pathak, a former BSP member, was sworn in to replace Dinesh Sharma, both representing the Brahmin community. Keshav Prasad Maurya, the OBC face of the BJP in UP, was retained as deputy chief minister despite losing the election. Among the ministers dropped were Ashutosh Tandon, Shrikant Sharma, Siddharth Nath Singh, eight-time MLA Satish Mahana, BJP Muslim face Mohsin Raza and several others.

There is a perfect balance in Yogi’s team with 21 ministers from upper castes and 20 from other backward castes. Eight Dalits, one each from Scheduled Tribes, Muslim and Sikh communities, made up the remainder. Among the upper caste ministers are seven Brahmins, six Thakurs, two Bhumihars, five Vaishyas and one Kayasth. Among the 20 OBC ministers were four Kurmis, three Jats, two Nishads, two Lodhs and one each from the Saini, Gurjar, Teli, Maurya, Gadariya, Kumhar, Yadav, Rajbhar and Kashyap castes.

BJP allies Nishad Party and Apna Dal have been represented in the new ministry. A former ABVP student leader, Dane Azad Ansari, is the only Muslim minister to replace Mohsin Raza. AK Sharma, the former trusted bureaucrat of Prime Minister Narendra Modi from Gujarat’s IAS cadre, has been appointed Cabinet Minister, while former IPS officer and ex-Police Chief of Kanpur, Aseem Arun, who took over the VRS to contest the elections, was appointed MoS with an independent charge.

The swearing-in was staged to convey the message that it was more of a semi-final victory jubilation ahead of the final to be held in 2024 in the crucial Lok Sabha elections.

The political impact of this mega event can be gauged from the list of all the top BJP leaders who took the stage while Yogi was reading his affirmation of oath. Party strategists expect the immediate impact of this event to occur in states like Gujarat, Himachal Pradesh, Rajasthan, MP and Chhattisgarh heading to the polls.

In short, it can be called the start of the preparations for the 2024 LS elections. Yogi, of course, was the hero of the day, given the great consecutive success the party has achieved in UP.

Modi had given Yogi carte blanche to plan his team and this event. In the backdrop of the huge stage was written “Shapath, Shapath, Shapath: Rashtravad ki, sushashan ki, suraksha ki, vikas ki” (Promise, promise, promise for nationalism, good governance, security and development) . These words, which Modi and Yogi had indeed used during their UP campaign, will now be the template on which the agenda, roadmap and target for the 2024 poll will be scripted.

This roadmap is clearly reflected in the choice of ministers. Keshav Prasad Maurya lost his election from Sirathu but was re-inducted as a CM MP because he was the one who led the mobilization of the backcastes, both in the 2017 elections and this year. In 2017, he was the head of state of the BJP who worked tirelessly to bring his party to power. The high command of the party therefore decided that Maurya should continue in the position of number two after Yogi.

By inducting Brajesh Pathak, a Brahmin leader, as deputy CM, the party wants to send out a few messages: firstly, that the leadership will give preference to young leaders, secondly, it will keep in mind regional and caste equations in replacing a Brahmin with another Brahmin, Three, preference will be given to talent and commitment, and it doesn’t matter who comes from which party. Brajesh Pathak was a vocal BSP MP in parliament several years ago when he left the Mayawati camp and joined the BJP to become a minister in Yogi’s cabinet. He had proven his administrative competence.

Modi’s stamp of approval is clearly visible in the composition of Yogi’s new cabinet. Regional and caste equations have been taken into account, and there is of course a good mix of fresh and old, experienced faces. The chemistry between Modi and Yogi was evident during the 75-minute swearing-in ceremony, when the two were involved in lengthy discussions, seated next to each other. The body chemistry between the two clearly paints the contours of the BJP’s roadmap for the upcoming Lok Sabha polls.

It was Modi’s plan to convert Yogi’s historic success celebration into a mega ceremony in a stadium full of party workers, instead of a bland ceremony in a Raj Bhavan hall attended by politicians and bureaucrats. .

Modi knows that this electoral victory in the UP is the result of tireless and relentless efforts by the workers of his party. He therefore decided that party workers should be invited to join in the jubilation at the swearing-in ceremony. The objective was to inspire them more so that they were actually mobilized two years later during the LS polls. This is typical Modi style.

Winning elections was not the only criteria for selecting ministers. Hard work for the party was also considered a major criterion when preparing the list. For example, Dayashankar Singh worked for the party and was appointed minister for the first time. His wife Swati Singh, who was a minister last time, was denied a ticket, and this time Dayashankar Singh was pitted against Samajwadi party leader Narad Rai in Ballia town. Singh was rewarded for defeating the SP leader.

The challenge that Modi and Yogi now face is how to secure a bigger election victory for UP in the 2024 LS polls. Lok Sabha. Already, the Congress has been nearly decimated in the UP, and Mayawati’s Bahujan Samaj party is at its wit’s end.

The UP’s toughest challenge will be posed by Akhilesh Yadav’s Samajwadi party, which has increased its vote share and number of seats this time from the UP. The BJP leadership realizes this. Whether it is forming a cabinet or drawing up a roadmap for the next two years, the main focus will be: how to win the 2024 Lok Sabha elections.

India’s number one and most watched Super Prime Time news program “Aaj Ki Baat- Rajat Sharma Ke Saath” was launched just before the 2014 general election. Since its inception, the show has been redefining the India’s prime time and is numerically far ahead of its contemporaries.