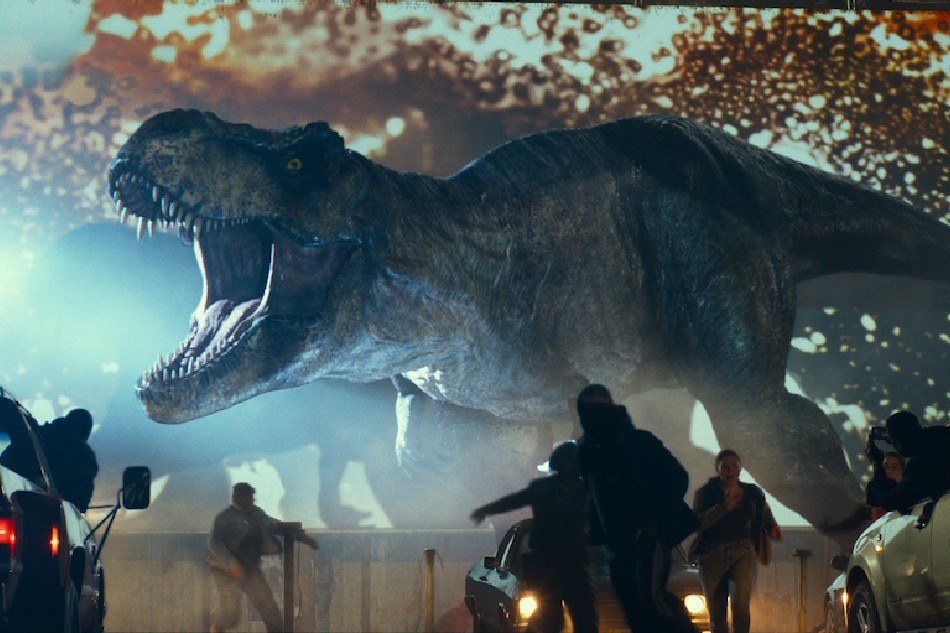 It’s now been four years since the events of “Jurassic World: Fallen Kingdom,” when the dinosaurs were released into the continental United States by little Maisie Lockwood. Dinosaurs now lived alongside humans all over the world, and various problems arising from such coexistence were on the rise. Maisie (Isabella Sermon) is now 14 and living as the adopted daughter of Claire Dearing (Bryce Dallas Howard) and Owen Grady (Chris Pratt).

One day, Maisie was kidnapped with Beta, the baby of the velociraptor Blue who lived in the woods outside Owen’s house. They were taken to the island of Biosyn, a bioengineering company that wanted to exploit the fact that Maisie and Beta were genetic clones of their mothers. Claire and Owen managed to track Maisie down to Malta, where they enlisted the help of enterprising ex-Air Force pilot Kayla Watts (DeWanda Wise) to get to the island.

Meanwhile, Dr. Ellie Sattler (Laura Dern) and Dr. Alan Grant (Sam Neill) investigate hordes of mutant locusts that threaten the world’s wheat supply. She had traced the origin of these mutant insects back to BioSyn and had taken advantage of Dr. Ian Malcolm’s (Jeff Goldblum) connection to the company to gain access inside. The paths of past and present heroes soon cross as they go against the impending global genetic threat.

Of course, the main draw of this whole franchise was the dinosaurs, and they delivered. Besides the traditional dinosaurs, such as brachiosaurus, stegosaurus, triceratops, velociraptors, and T-rex, we have also introduced several types of new mutant-looking dinosaurs, such as furry and feathered ones. The Gigantosaurus (largest carnivorous dino) and Therizinosaur (dino with long sharp claws) are highlighted.

The action can be fast and frenetic, like raptors chasing a truck and motorbike through the narrow streets of Malta, or the flying Quetzalcoatlus attacking a plane in mid-air, or that chilling Pyroraptor dino chasing Owen and Kayla above. a frozen dam. And of course, there were those quiet, spooky, downright spooky scenes, like Claire diving into a mossy pond to escape a stalking dino or Grant and company stumbling upon hidden raptors lurking in a dark cave.

The best thing about this film was undoubtedly the reunion of the original triumvirate of Neill, Dern and Goldblum, their first time together since “Jurassic Park III” (2001). Neill was still dashing at 74, and his scenes with Dern still had romantic thrills. By contrast, Pratt and Howard’s “Jurassic World” duo pales next to them. Pratt’s signature style of taming dinosaurs with his open palm practically becomes a running joke.

Joining the ongoing series of nostalgia-filled movie franchises (from “Spider-Man” to “Ghostbusters” to “The Matrix” to “Top Gun”), there were plenty of throwbacks to the original Jurassic Park movie that will certainly make fans very happy. Aside from the main cast and theme music by John Williams, there were several scenes that felt like remakes of the original Spielberg, especially with the reappearance of deadly dylophosaurs.

Things got really long at first with all the dinosaur thieves, black market operators, mercenary kidnappers, even an exotic woman in white. Then it went back to the same old ethical tussle between genetic engineering and big business, which oddly shifted its focus to the locusts.

However, as a fitting finale, this one still worked enough magic to end the entire franchise on a much higher note than its last two films.

This review was originally posted on the author’s blog, “Fred Said”.