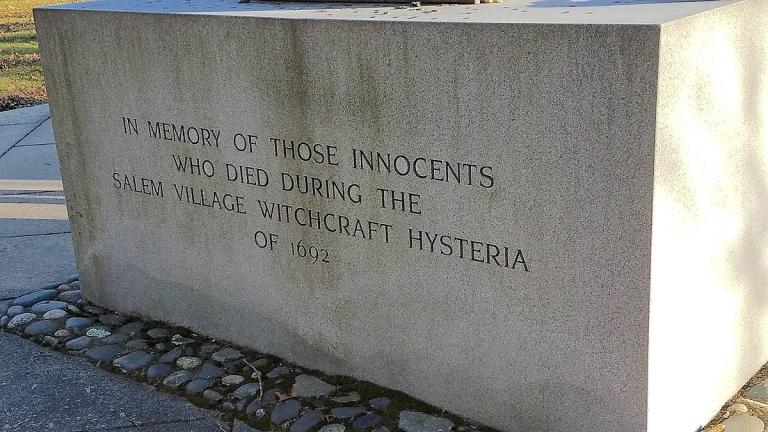 Top stories of the week on paganism and Shintoism:

*=Registration may be required.

‘Traditional Gardnerian’ statement draws accusations of transphobia
The Wild Hunt
A document released last week and signed on July 18, 2022 by an anonymous group of Gardnerian witches is creating controversy in the Pagan community reflecting the broader debate in America over gender identity…

United States: the very first day of witchcraft takes place in Pawtuxet Park
The Journal of Providence
An estimated 2,000 Rhode Islanders identify as witches, and artist, author, and priestess Laura Tempest Zakroff was among the organizers bringing together observant Pagans and the curious on Sunday for the first-ever Witchcraft Day in Pawtuxet Park…

United States: Mystic South returns after a two-year hiatus
The Wild Hunt
Mystic South Conference rolled in and out of Atlanta just over a week ago like a magical mirage in the record-breaking heat of mid-July. About 350 participants joined the conference this year…

Ireland: Dancing at Lughnasa – Meet the women who use the 3,000-year-old Celtic calendar to navigate modern life
Independent.ie*
Elaine Doyle is on a mission to help people here remember what she says many of us already know: the profound wisdom that can be gained by connecting with nature and the earth…

Lúnasa, the August harvest festival of paganism, becomes a moveable festival
Religious News Service
A loose combination of Irish harvesting customs, Lúnasa has been adapted to fit the calendar around the world…

US: These 2 women from Connecticut are proud to be witches. They welcome others to learn more about Wicca.

Yahoo!
Karen Silva and Sharon L’Heureux, both from Meriden, are proud to count themselves among the witches of the country…

Japan’s iconic star festival draws large crowds despite new COVID wave
Mainichi
An annual star festival in the city of Sendai in northeastern Japan, known for its hundreds of shiny decorations hanging in shopping areas, began on Saturday with the largest crowd expected since the start of the coronavirus pandemic…

United States: the LA Tanabata festival will take place from August 13 to 22
The Rafu Shimpo
The 12th Los Angeles Tanabata Festival is set to open on Saturday, August 13, and the giant 7-foot kazari (decorations) will remain on display until August 22 at the Japanese American National Museum in Little Tokyo…

In Japan, the ties between politics and religion run deep
The Japan Times *
Following the assassination of Shinzo Abe last month, which the suspect said was motivated by the former prime minister’s connection to the Unification Church, the relationship between Japanese politics and religion has is coming under increasing scrutiny – with experts suggesting it is both widespread and pervasive. …

You Can Expect These 6 Customs at a Traditional Japanese Wedding
Brides
An expert provides insight into the bride’s attire, gifts, etc.

Daily Sabah
Artifacts dedicated to the cult of Nike, the goddess of victory in mythology, await their visitors at the Izmir Archaeological Museum…

UK: London Museum returns 72 artifacts to Nigeria
BBC
A London museum claims to have agreed to return to Nigeria objects looted in the 19th century in the Kingdom of Benin…

US: Mining at Sacred Apache Site Heads to Supreme Court in Religious Liberty Case
The Wild Hunt
On June 24, the United States Court of Appeals for the Ninth Circuit ruled that the Oak Flat land swap could proceed. In 2014, the US Congress negotiated this land swap which included Oak Flat…

Egypt: Two giant sphinxes discovered among the ruins of the temple of Pharaoh
IFL Sciences
Two colossal limestone statues said to represent an ancient pharaoh in the form of a sphinx have been discovered thanks to a recent restoration project by the Egyptian Ministry of Antiquities and the German Archaeological Institute…

What the animal kingdom meant to ancient societies
Discover
Ancient Egypt, the Mayan civilization and ancient Rome valued wild animals differently, between hunting, sacrificing and burying with the dead…

30 witch movies that are sure to spellbind you
Cosmopolitan
If you’re looking to kick Halloween off a little early (or just in the mood to put in some effort and trouble), then check out the 30 best witch movies you can stream right now…

The “witch hunt” of yesterday and today

United States: the last “witch” of Salem sentenced is finally cleared
Smithsonian
Elizabeth Johnson Jr. has been officially exonerated thanks to a stubborn gang of college kids…

India: Old man beaten to death, suspected of “witchcraft”
Odisha Newsroom
In a shocking incident, an elderly man was allegedly beaten to death on suspicion of practicing ‘witchcraft’ in a village in Odisha’s Rayagada district, police said on Thursday.