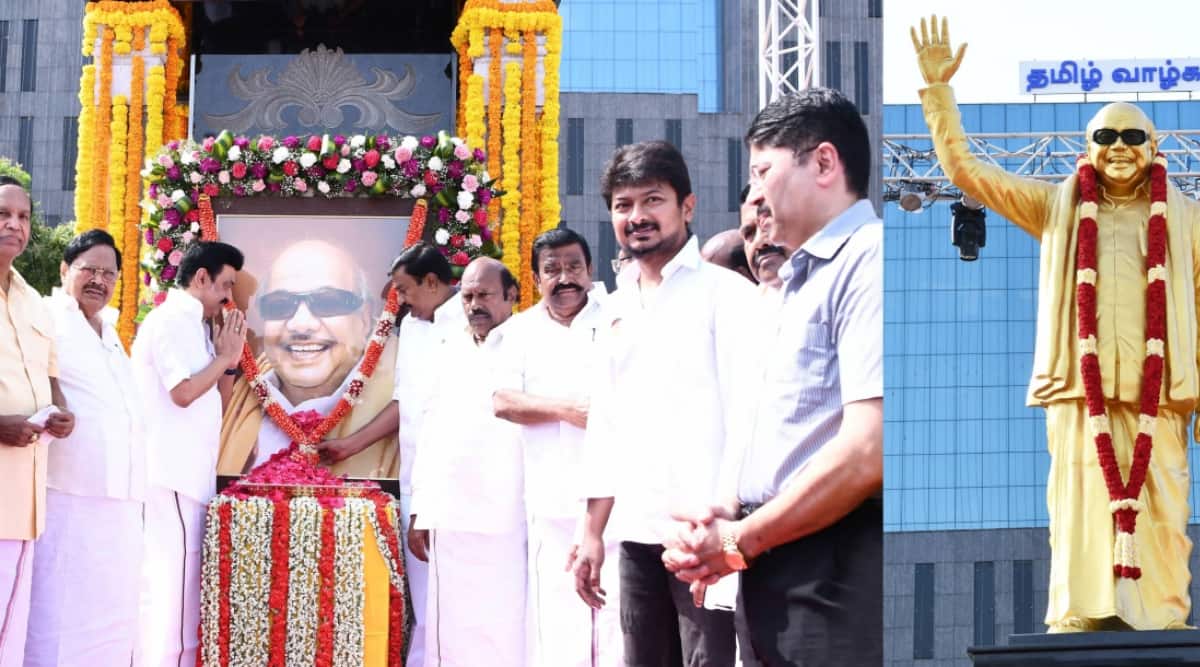 A 52-year-old man has been arrested by police for illegally transporting mined sand using a camel in Tamil Nadu’s Sivaganga district, officials said on Thursday. According to police, the man identified as Saravanan was carrying on the illegal trade after returning from Saudi Arabia. Police said the accused initially used ox carts to haul sand from a stream near Kalayarkoil, but when he found that did not help he deployed a camel he had bought in Rajasthan.

Tiruvallur District Administration and Tamil Nadu Department of Food Security are planning to hold a three-day food festival at Avadi HVF grounds on June 10, 11 and 12. The initiative was taken to commemorate the 25th year of the formation of Tiruvallur district.

SM Nasar, the State Minister for Milk and Dairy Development, launched the food festival promotional posters and flag on Wednesday in the presence of MP K Jayakumar, Avadi Corporation Mayor G Udhayakumar and other officials . Speaking at the event, Nasar said, “The festival will hold several food and cooking competitions. Traditional food items from Tamil Nadu and other Indian states will be offered at the event.

Amid growing unease between AIADMK and BJP ally, Tamil Nadu BJP MP Nainar Nagendran on Wednesday said ousted AIADMK leader VK Sasikala was welcome to join them . “If the AIADMK does not want to readmit the former Acting General Secretary, then we will welcome her to the BJP. We are taking steps to ensure that she joins the BJP as it would help the party grow,” Nagendran told Pudukottai.