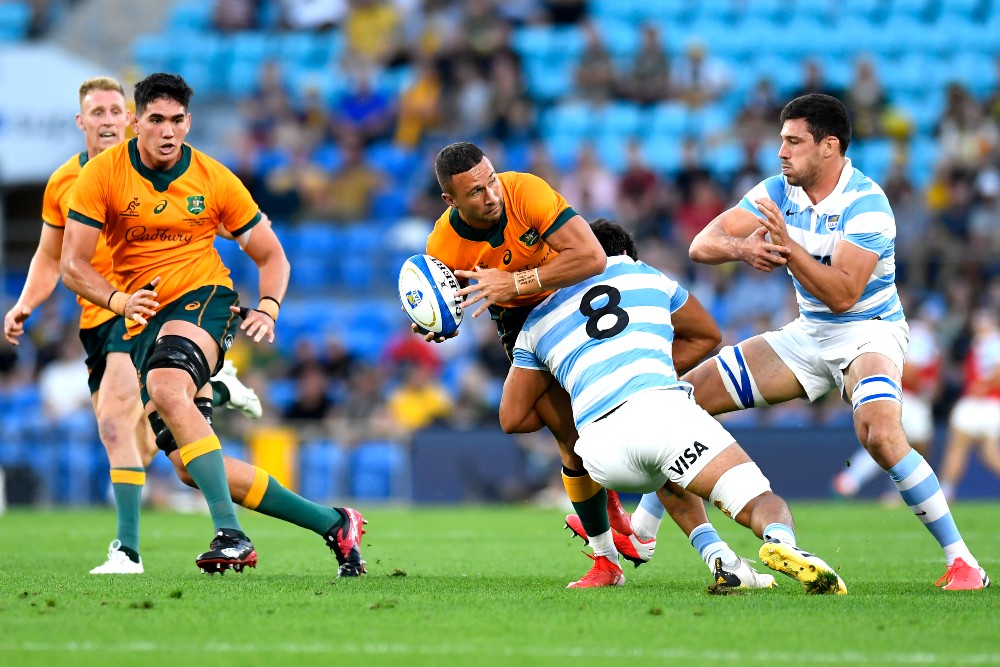 The Wallabies will open their Rugby League campaign against Argentina in Mendoza.

Dave Rennie’s men are hungry to bounce back from a disappointing 2-1 loss to England in July.

However, they will have to do so without captain Michael Hooper, with defending medalist John Eales withdrawing for personal reasons.

They will face a confident Argentina side after their series win against Scotland at home.

This will be Michael Cheika’s first time facing his former team, bringing a number of changes from their third Test heroics.

FOLLOW ALL THE ACTION STARTING AT 5:10 AM IN THE LIVE BLOG OR IN THE MATCH CENTER

The first test between the Wallabies and Argentina kicks off at 5:10 a.m. AEST at Estadio Malvinas Argentinas on Sunday, August 7.

Coverage will be ad-free from 4:45 a.m. AEST and will continue throughout the match on Stan Sport.

This will follow the Springboks hosting the All Blacks, who kick off at 1am.

The Wallabies v Argentina series will air only on Stan Sport.

The first test will be commercial-free, live and on-demand, with extensive coverage on Stan Sport starting at 4:45 a.m. AEST.

This will also be the case for the second Test, with the games against South Africa and the All Blacks simulcast on the Nine Network.

The Wallabies game against Argentina is not shown on free-to-air television, with only the home games and Bledisloe being covered by the Nine Network.