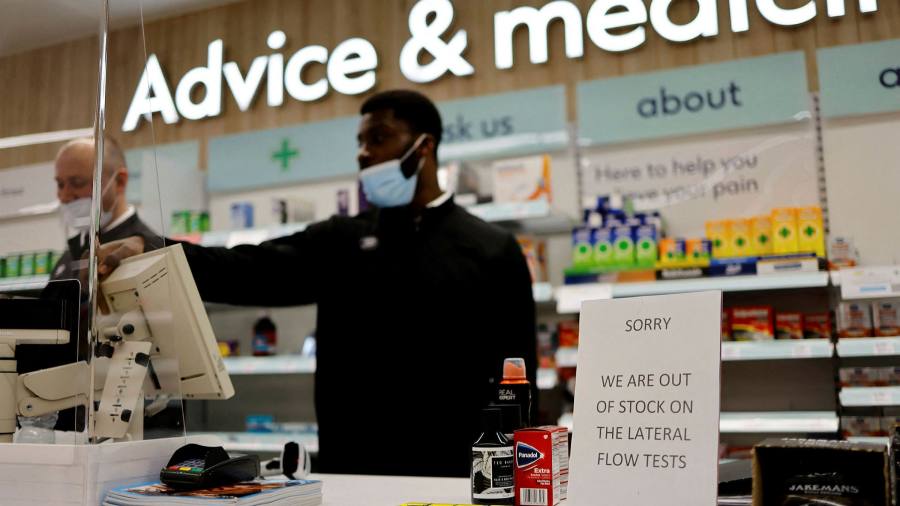 Hiring in the US private sector rose the most in seven months in December, before the effects of the Omicron variant were felt in the labor market.

Private payrolls rose by 807,000 last month, according to a report by payroll processor ADP that was conducted in mid-December. It was the biggest increase since May and eclipsed economists’ expectations in a Reuters survey for a rise of 400,000.

“December’s labor market strengthened as the fallout from the Delta Variant waned and the impact of Omicron was not yet visible,” said Nela Richardson, chief economist at ADP.

The services sector, which has been hardest hit by pandemic-related restrictions, generated the bulk of hiring with 669,000 jobs. Leisure and hospitality accounted for 246,000 of those gains, while the trade, transport and utilities sector added 138,000 jobs. In contrast, the manufacturing sector created 138,000 jobs.

The job gains come even as Americans quit their jobs in record numbers, as they seek better opportunities elsewhere or turn to self-employment. Economists also attribute the quits to growing household wealth, early retirements and childcare issues.

Despite the labor market recovering from the depths of the pandemic, the private sector wage bill is nearly 4 million jobs below pre-Covid levels.

The data comes ahead of Friday’s official nonfarm payrolls report, which is expected to show the US economy added 400,000 jobs in December, while the unemployment rate is expected to fall to 4.1% from 4.2% previously.