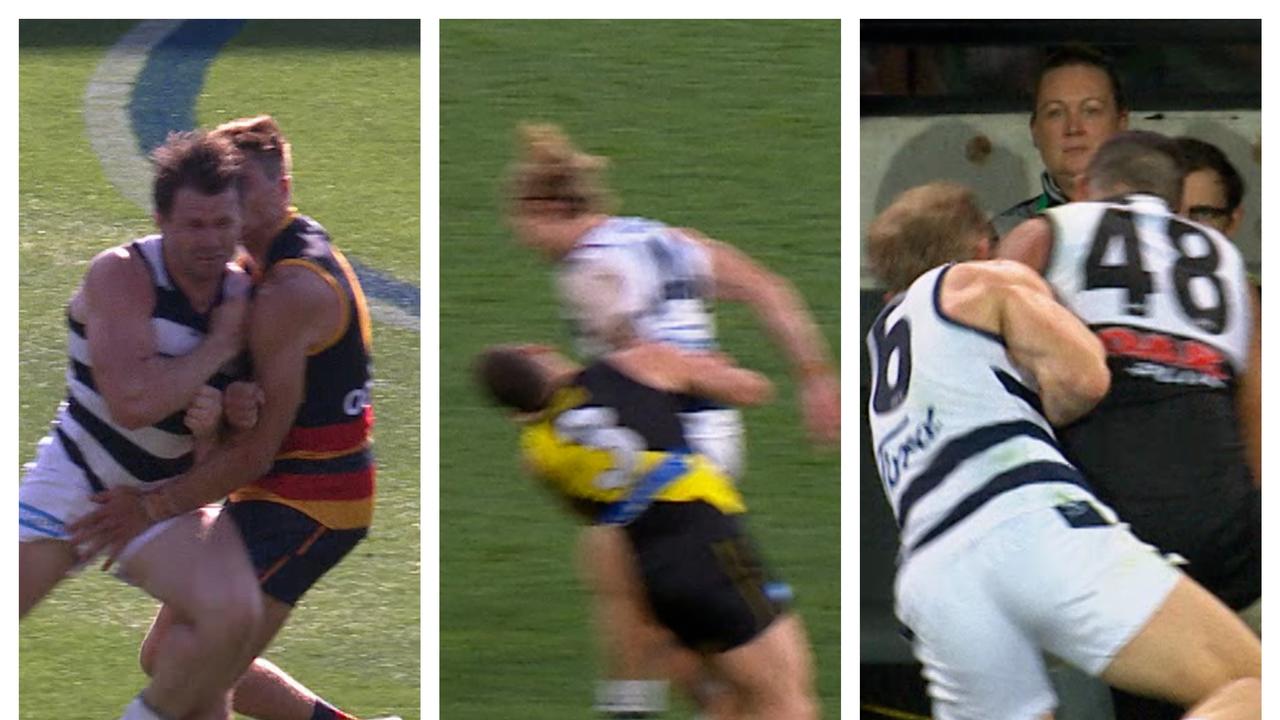 Stewart will face the AFL court on Tuesday night after his bump on Prestia – who was removed from Saturday’s game at the MCG under concussion protocols – was classified as negligent conduct, severe impact and high contact – an assessment which led to a direct referral to court.

Watch every AFL blockbuster game this weekend live and ad-free on Kayo. New to Kayo? Try free for 14 days >

Speaking to reporters on Monday, a remorseful Stewart insisted there was no malicious intent – despite the outcome – behind his actions, revealing he called Prestia shortly after the match ended to apologize.

“It’s been a day or two for a long time,” Stewart told reporters.

“I realized that I had made a bad decision.

“It’s still sitting in my belly and making me very sick.”

The fact that it was classified as negligent, unintentional indicates that the MRO assessed Stewart’s blow as a bump and not a raised elbow.

speaking on AFL 360 On Monday night, co-host Gerard Whateley compared Stewart’s incident to two other past bumps that were also rated reckless and serious.

Considering the MRO rating and the fact that the AFL in court cannot argue for the negligent rating upgrade, Whateley said a three-week ban was the “starting point”.

“The precedent on neglect and severity is three, which is less than I felt throughout the weekend,” Whateley said. AFL 360. “But having done the work, that’s where the starting point is.”

Co-host Mark Robinson, however, said Stewart should consider a penalty of five to six weeks.

Stewart said: “I’m kind of at the mercy of the court now. It was a bad act and a bad decision on my part, but I have to live with it now and it’s the hardest thing for me.

Follow the court hearing in our live blog below!

If you don’t see the blog, tap here.