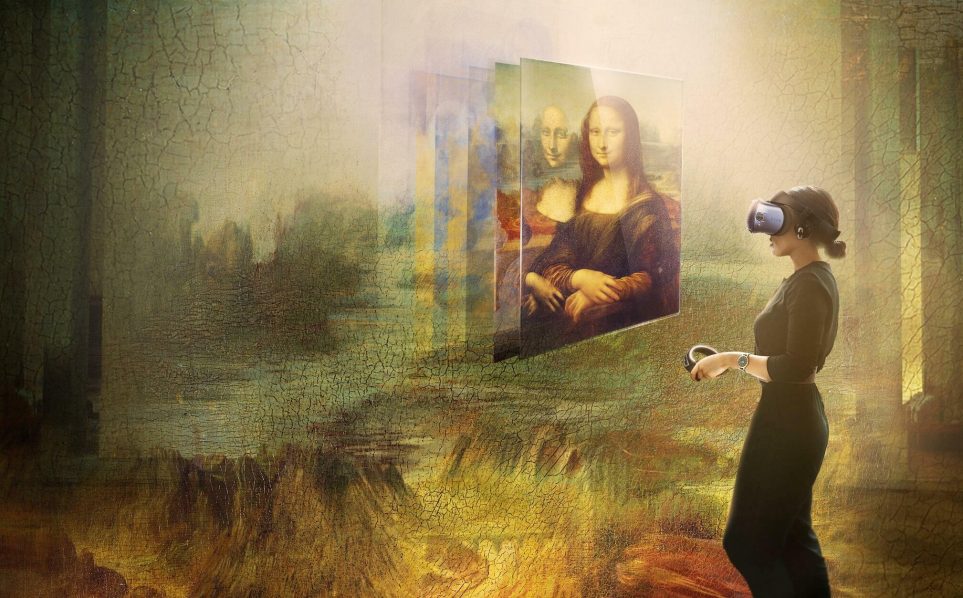 Leonardo da Vinci’s Mona Lisa will have its own immersive installation.

It comes after several notable works of art have had their immersive installation, starting with van Gogh, then Monet and now Leonardo da Vinci. Lourve, home to the legendary painting, is partnering with the Grand Palais for the installation experience. The event is themed around iconic painting and is heading to the Palais de la Bourse in Marseille, France.

This comes in preparation for the unveiling of a new immersive exhibition space following a large-scale renovation. The Réunion des Musées Nationaux-Grand Palais (RMN), which manages the Grand Palais, told the Journal of the Arts” in January that the Immersif project has “the ambition to become a key player in the emerging digital exhibition market”, a part which the Louvre would apparently like to share.

The immersive show is divided into six parts that address different themes, according to a blog post from the Grand Palais: the iconic status of the portrait, the 1911 theft of the Mona Lisa and how it was found, the influence of the Mona Lisa in other works, the technique used by Leonardo to produce the famous painting and a component of the life of the artist himself.

Tickets for the Mona Lisa the experience will cost around $17, which is relatively the cost of going to the Louvre to be mesmerized by the calm layout of the actual painting in person. However, it’s a bargain compared to that of van Gogh’s immersive experience.

Van Gogh’s immersive experience had adult tickets for $36 each, earning millions of dollars as it passed through North American cities.

RMN has gained publicity for hosting such a digital experience expo and will not be the last. The 2016 “Eternal Sites” fair held at the Grand Palace restructured UNESCO World Heritage sites that were damaged by ISIS in Syria and Iraq. Then in 2020, “Pompeii” offered a digital display of the recreation of the ancient city. More immersive exhibitions are expected, including one devoted to the work of Czech artist Alphonse Mucha planned in alliance with his foundation.