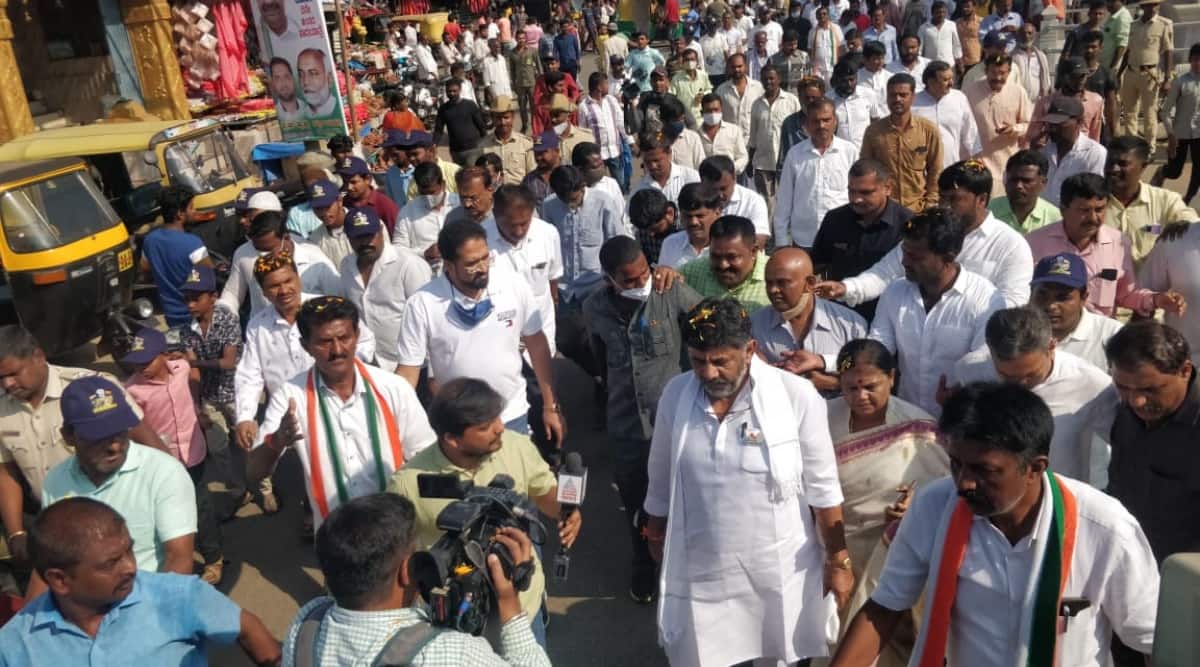 Citizens from various organizations gathered in Bengaluru on Saturday to express their solidarity with Muslim students, teachers and other civilians, who have faced various forms of hatred, harassment and violence in Karnataka. (Express)

Ahead of the presentation of the state budget next month, the Federation of Karnataka Chambers of Commerce and Industry (FKCCI) has called on the government of Karnataka to announce the abolition of business licenses for the service and construction sectors. trade. “Trade licensing has always been a bone of contention as it is expensive, time consuming and causes unnecessary burden on merchants and small businesses,” the pre-budget memo said.

According to a complaint filed by Dinesh’s mother, Padmavathi, at Dharmasthala police station, “Krishna, who runs a shop near Ram Mandi, became angry when Dinesh told other people that he had helped Krishna get the land for the store. Irritated, Krishna dragged Dinesh and punched him in the stomach.