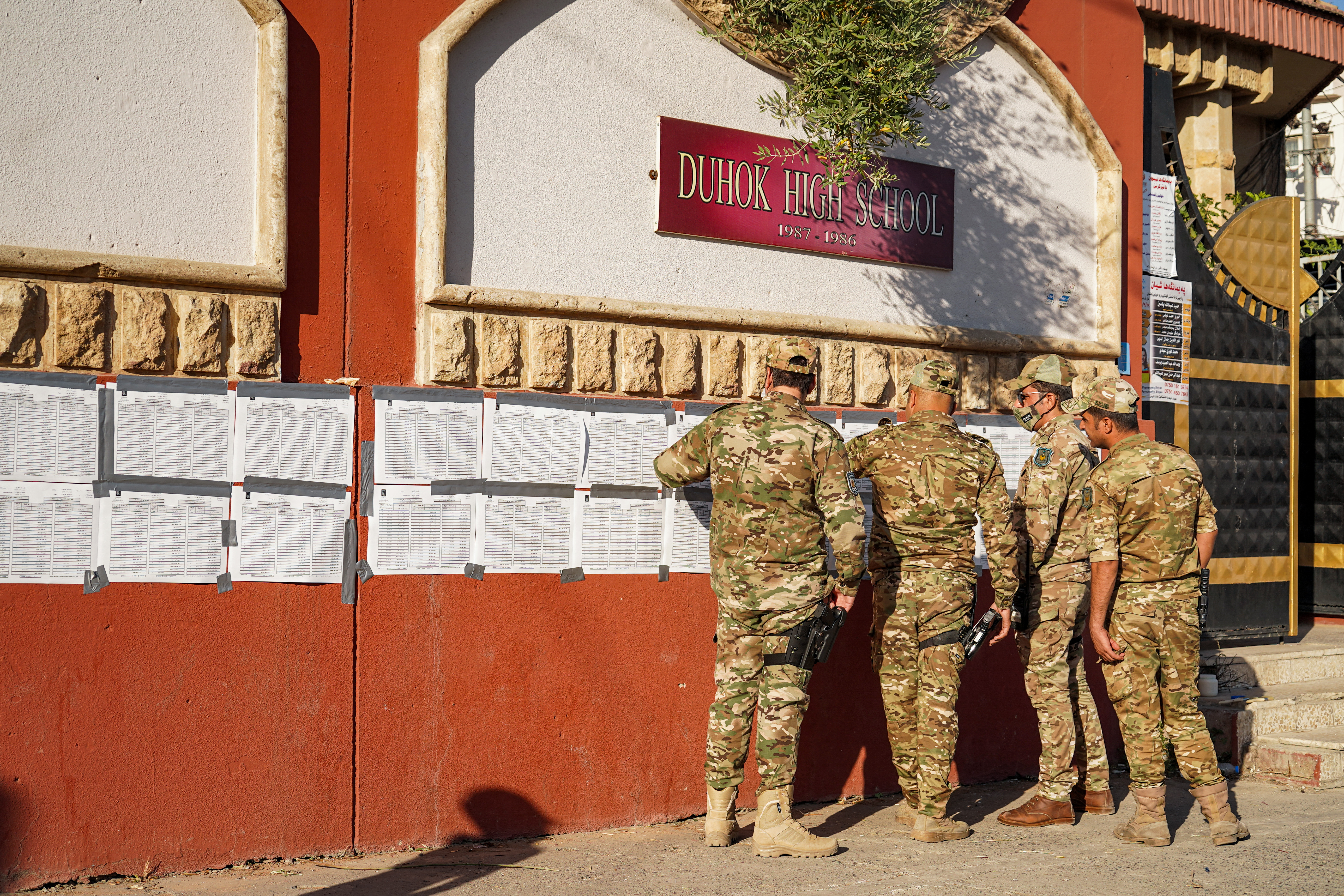 New York, November 16, 2021 – The Committee to Protect Journalists today condemned the raid and closure by Iraqi Kurdish security forces of the Duhok office of the news site Gav news and called on the Kurdish authorities in northern Iraq to allow staff to return to their offices and to ensure that members of the press are free to work without fear of reprisal.

On the morning of November 13, four security agents from Asayish affiliated with the ruling Democratic Party of Kurdistan (PDK) raided the Gav news in the town of Duhok in northwestern Iraq, ordered staff to vacate the premises and hand over the keys without a court order, and cordoned off the office to prevent entry, according to news reports and statements by local press freedom organizations Metro center for advocacy and journalists’ rights, by posting on Facebook, and the Association for the Defense of Press Freedom in Iraq. None of the reports or statements provided details of how the office was sealed off, or the number of Gav news staff present.

According to the same sources, officers ordered employees not to discuss or comment on the raid and closure with other media and threatened to arrest them if they did.

“If the Kurdish authorities in northern Iraq continue to raid outlets and close their offices, there will soon be only a semblance of a free press in Iraqi Kurdistan,” the representative said. from CPJ for the Middle East and North Africa, Ignacio Miguel Delgado. “We call on the Kurdistan Regional Government to authorize the personnel of Gav news to return immediately to his office and ensure that the press is free to report.

The Association for the Defense of Press Freedom in Iraq said the closure of the Gav news took place amid a political dispute between Kurdish President Nechirvan Barzani, which the Kurdish television channel NRT describe as “close” to Gav news, and his cousin, the Kurdish Prime Minister Masrour Barzani.

In an email sent to CPJ after its publication on November 17, Dindar Zebari, the international advocacy coordinator for the Kurdistan regional government, said that “the Kurdistan regional government is not involved in the closure of Gav News in Duhok” . CPJ also emailed Lawk Ghafuri, head of the Kurdistan Regional Government’s Foreign Media Relations Office, but received no response. CPJ wrote to Gav news through the messaging app but did not receive a response.

Editor’s Note: The seventh paragraph has been updated with a response from Dindar Zebari, the Iraqi Kurdistan Regional Government’s Coordinator for International Advocacy.