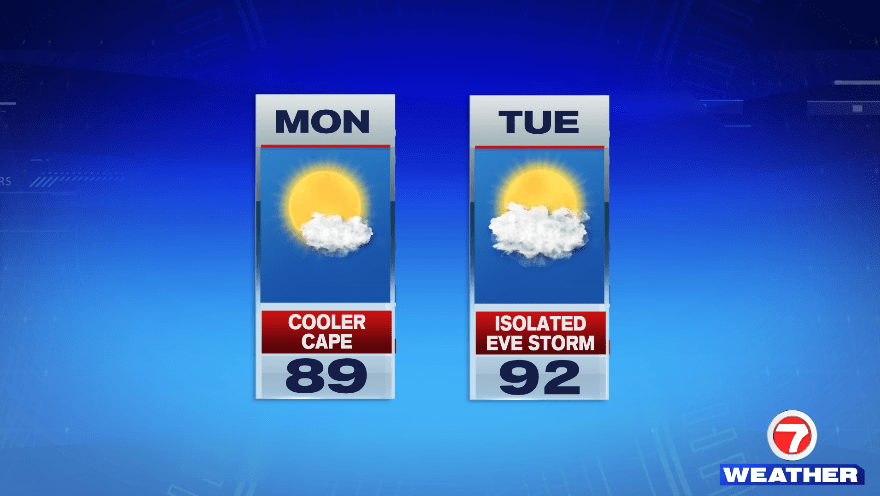 7Weather- We will go from low 80s on Sunday to highs near 90º over the next few days.

Temperatures start in the mid to above 50s early Monday morning (around 5-6am) then we jump into the upper 60s. Hot at lunchtime in the mid 80s, then we hit highs in the upper 80s and 90s throughout the afternoon. Cape Town is cooler in the mid and above 70s.

The sky is mostly sunny and the humidity remains low. It will be a dry heat tomorrow.

Tuesday is a few degrees warmer with highs in the 90s across most of the region. Again Cape Town is cooler. There will be a mix of sun and cloud with some towns approaching a thunderstorm as the sun sets and throughout the early part of the evening.

Humidity will increase Tuesday. It will feel a little heavy, but we won’t be dealing with crushing humidity.

Some areas could experience their first heatwave of the summer with three straight days in the 90s. Boston and areas along the coast are unlikely to hit the 90s three days in a row with a sea breeze making its way Wednesday.

Norwood and Lawrence hit the 90s 4 times, but it wasn’t consecutive.