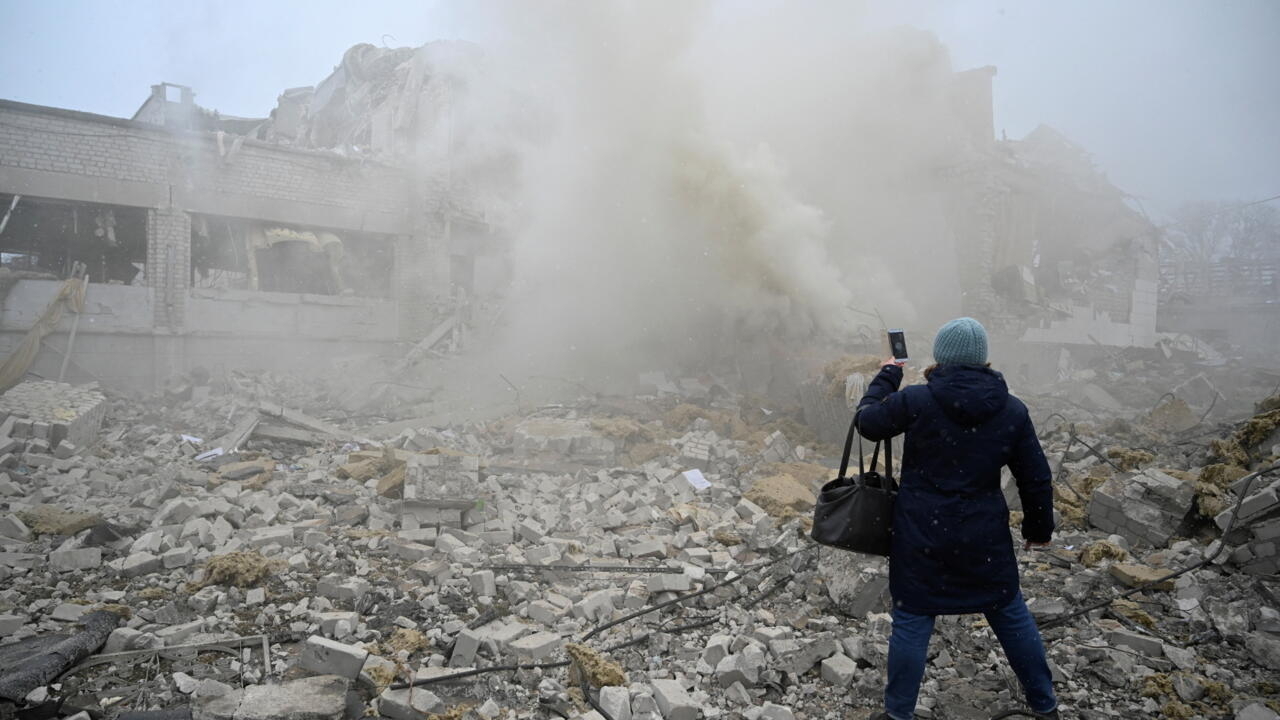 Follow the war in Ukraine – and fight it – on social networks

Since the start of the Russian invasion of Ukraine, social media has been flooded with videos from both sides. Mobile phones in hand, soldiers and civilians document the war as it unfolds. Social media is now part of the battlefield. And so far Kiev is winning.

Ukrainian photographer Valeria Shashenok usually posts videos of her travels, fashion shoots or nights out with friends on her TikTok account. But since the start of the Russian invasion of Ukraine, the twenty-something now tells of her daily life under the bombardments of the city of Chernihiv, a hundred kilometers north of Kiev. In music and with a touch of dark humor, she describes “an ordinary day in an air-raid shelter” or gives advice on “what to buy in a supermarket in time of war” to her 300,000 subscribers.

As Ukraine continues to face multiple assaults and the number of people fleeing the country tops 2 million, Shashenok’s videos can come across as quirky, even tone-deaf. But in the age of social media, when cell phones allow us to watch a war live, they generate millions of views.

Even Ukrainian soldiers use Instagram, TikTok and Twitter to tell their stories from the battlefield. With 4.3 million followers, Alex Hook is the best known of them. Based in the eastern region of Donbass, he regularly posts videos of himself and his comrades dancing to Nirvana songs or preparing for battle.

The Ukrainian army also has its own Twitter account which provides hourly updates about the war to over 350,000 subscribers. The country’s armed forces show images of combat, but also of captured Russian soldiers, which is prohibited by the Geneva Conventions.

The use of social networks in times of war is not new. During the Arab Spring and the ongoing Syrian Civil War, various parties have used them to stage protests and sway public opinion in their favour.

The difference today lies in a new type of narration. As more and more people carry cellphones and regularly document their days on various social platforms, war has become a topic like any other. Young people use their own emojis and slang to share their experiences in real time. Amid Russia’s invasion of Ukraine, some Ukrainian influencers — once known more for their beauty tutorials than their political stances — have turned into resisters, version 2.0.

Anastasiia Lenna, Miss Ukraine 2015, ditched her glamorous dresses and now appears in combat gear and holding a machine gun on her Instagram account, urging her compatriots to defend their country.

Singer Nadya Dorofeeva, who has 5 million followers, has stopped posting photos of private beaches and exclusive parties. She appeared in tears on her account to call for an end to the fighting. “I am staying in Ukraine, in Kiev! I ask everyone to stay calm, not to panic, to stick together and only read official sources! And support each other like never before! she wrote next to this photo.

Andriy Khlyvniuk, the lead singer of Boombox, one of Ukraine’s most popular bands, caught the eye by singing a traditional anthem with a shoulder gun. The star abandoned his American tour to fight the Russian army.

Ukrainian leaders have also realized that the war is being waged on social media. Until recently, Russia had mastered the art of disinformation with the help of armies of pro-Kremlin trolls, but Moscow was outclassed when it invaded. Since the start of the Moscow offensive, videos and posts by Ukrainian President Volodymyr Zelensky have gone viral on the internet, generating global sympathy for Ukraine. His Twitter account went from 300,000 to 5 million followers in a few days.

The former comedian-turned-head of state has shown himself out among the people of Kyiv – in stark contrast to photos of Russian President Vladimir Putin keeping his distance from even his most trusted advisers and denying Russian claims that he fled the Ukrainian capital.

Zelensky addresses his Ukrainian compatriots and the whole world almost daily, urging them to continue resisting. By contrast, Putin appears aloof and martial, seated at a comically elongated table or accompanied by a few officers standing at attention. To control public opinion in Russia, Putin blocked access to Facebook and limited access to Twitter. He also signed a law banning the use of the word “war” in reference to Russian actions in Ukraine and punishing anyone who publishes “false information” with up to 15 years in prison.

The Russian government also attempted to orchestrate a campaign in support of the invasion. According to Redditdozens of Russian influencers have posted similar videos in which they reiterate the Kremlin’s baseless claims of a “genocide in Donbass” against pro-Russian separatists.

Russian “influencers” on TikTok defend the invasion of Ukraine with exactly the same propagandist discourse as each other pic.twitter.com/dJo3lIdhT5

Some Russian celebrities have chosen to voice their disagreement with government actions despite the risks. Actress Danila Kozlovsky, known for her role in the series “Vikings”, did not hesitate to oppose the war in a message he shared with his more than one million followers on Instagram.

One of the country’s most popular rappers, Oxxxymiron, announced on Instagram that he had decided to cancel six concerts in Moscow and St. Petersburg. “I can’t entertain you as Russian missiles fall on Ukraine and some people in Kyiv are forced to hide in basements or on the subway while others die,” he said. said in a video.

In her 2003 essay “Concerning the Pain of Others,” American philosopher Susan Sontag explained that the Spanish Civil War gave birth to photojournalism – with pioneers such as Robert Capa and Gerda Taro taking their Leicas to the front line – and that some decades later, the Vietnam War was the first to be televised on a daily basis. Today, wars are fought not only on the battlefield, but also on social media.

The war in Ukraine will go down in history as the first to be documented in real time. But what will remain of these images of refugees on the road, of children under the bombardments or of exhausted fighters?

The multitude of images may “simply conjure up our bewildered conscience, a sense of sympathy that lasts only as long as it scrolls us,” writer Kyle Chayka wrote in a New Yorker article titled, “Watching the World’s First ‘TikTok War'”. But as Russian forces close in on Kiev, the mainstream media are “moving their journalists to safety.”

“Social media is an imperfect chronicler of wartime,” Chayka said. Nevertheless, “in some cases, it may also be the most reliable source we have.”

This article has been translated from the original in French.

Stay connected with us on social media platform for instant update, click here to join our Jwitter& Facebook