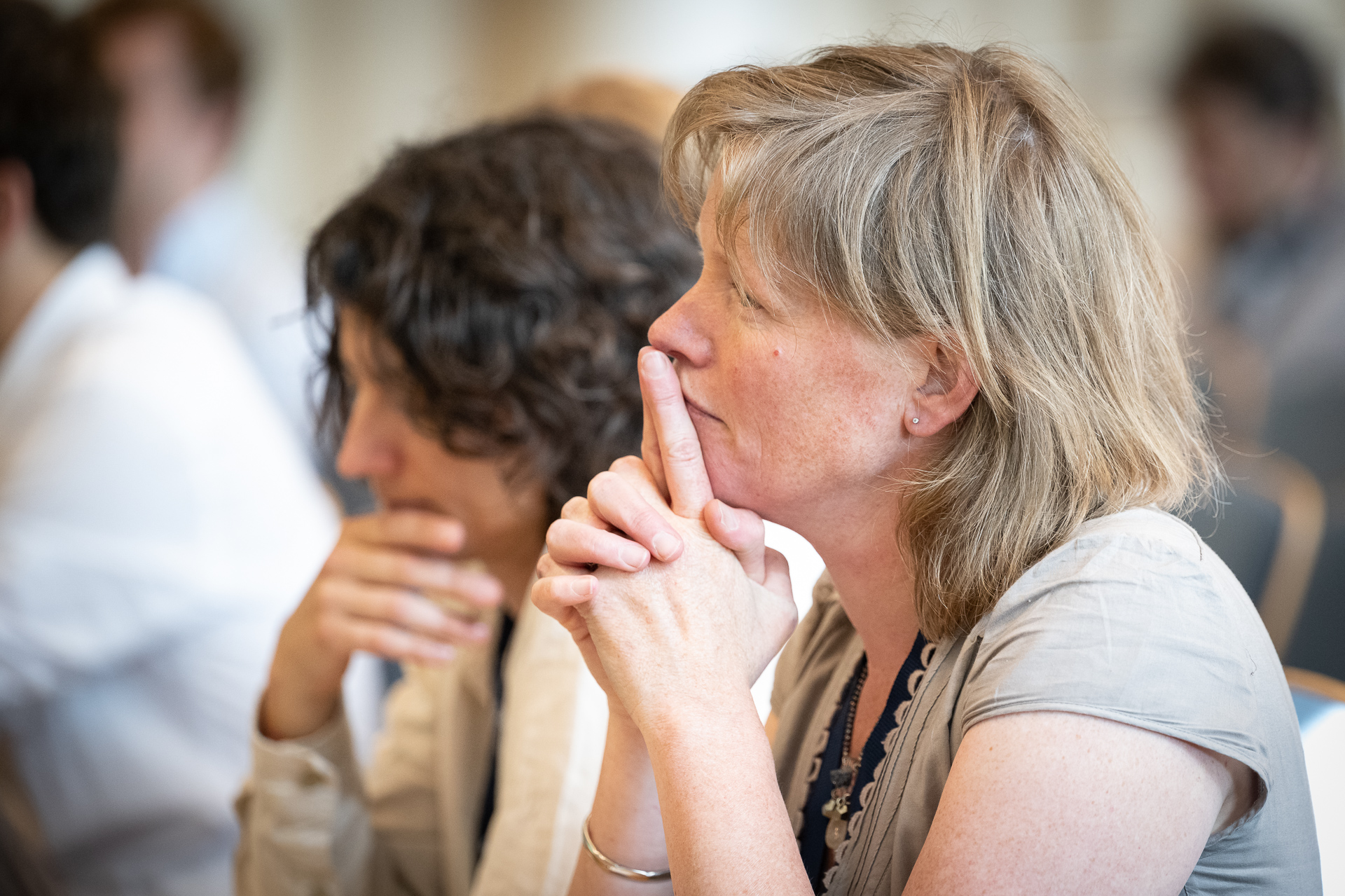 Courts as an arena for societal change

On July 8-9, 2022, Leiden Law School hosted the second conference of the Research Group on Institutions for Conflict Resolution (COI).

The research group is a collaboration between Radboud University Nijmegen, Utrecht University and Leiden University, funded by the Ministry of Education, Culture and Science as part of the Dutch sector plan for the right. The theme of the conference was Courts as an arena for societal change. The conference brought together nearly 200 scholars and practitioners from around the world, and the overwhelming majority attended in person to discuss the changing role of the judiciary in addressing difficult and controversial social and political issues.

Lauren Kohn (Cape Town) delivered the keynote address on South African constitutionalism, arguing for a reconfiguration of the separation of powers to allow for the formal recognition of a fourth branch of integrity. Tom Ginsburg (Chicago) concluded day one by reflecting on the role of the courts in democratization as well as democratic backsliding, discussing how populism can undermine the work of the courts. Scott Cummings (Florence/Los Angeles) spoke on day two about the relationship between legal mobilization and the courts as arenas for social change, focusing on the challenge posed by legal mobilization attacking democratic institutions in the United States. United.

The topics presented during the various plenary and parallel sessions clearly show that the justice system is currently facing many challenges related to environmental and climate concerns, migration and human rights issues, threats to democracy, corruption and other politicized issues. There have also been a number of fascinating and timely discussions of how the courts have responded in recent times of crisis, particularly in relation to the impact of COVID-19 on access to justice. In addition, a round table brought together Dutch lawyers who discussed their perception of their role in societal change. Some contributions were published as part of a series of blogs on Leiden Law Blog prior to the start of the conference.

The conference ended with a plenary session, Thoughts from the Bench, during which four judges were interviewed by their colleagues Margaretha Wewerinke-Singh and Bastiaan Rijpkema (both from Leiden University) on the themes that have popped up throughout the conference. Lady Justice Joyce Aluoch (International Criminal Court, Court of Appeal and High Court of Kenya), Judge Paulo Pinto de Albuquerque (European Court of Human Rights), Judge Larisa Alwin (Court of Appeal of Amsterdam) and Judge Egbert Myjer (European Court of Human Rights) all shared their views on the role of judges in upholding democracy and the rule of law, and under what circumstances it might be desirable, even necessary, that judges make decisions on political issues. We have heard of the difficult and unique decisions that these judges have faced. Politics, policies and court decisions are inevitably interconnected, and it was wonderful to hear the bench directly in this way.

Presidents Miranda Boone and Alex Geert Castermans were also interviewed in a local radio interview by Sleutelstad. A special issue of the European Law Journal will be devoted to the conference.

/Public release. This material from the original organization/authors may be ad hoc in nature, edited for clarity, style and length. The views and opinions expressed are those of the author or authors. See in full here.
2022-07-19
Previous Post: Heat wave! – Boston News, Weather, Sports
Next Post: Chelsea transfer news LIVE: Kounde flies to MEDICAL, Pavard £30m deal lined up, Kimpembe up for sale at the right price