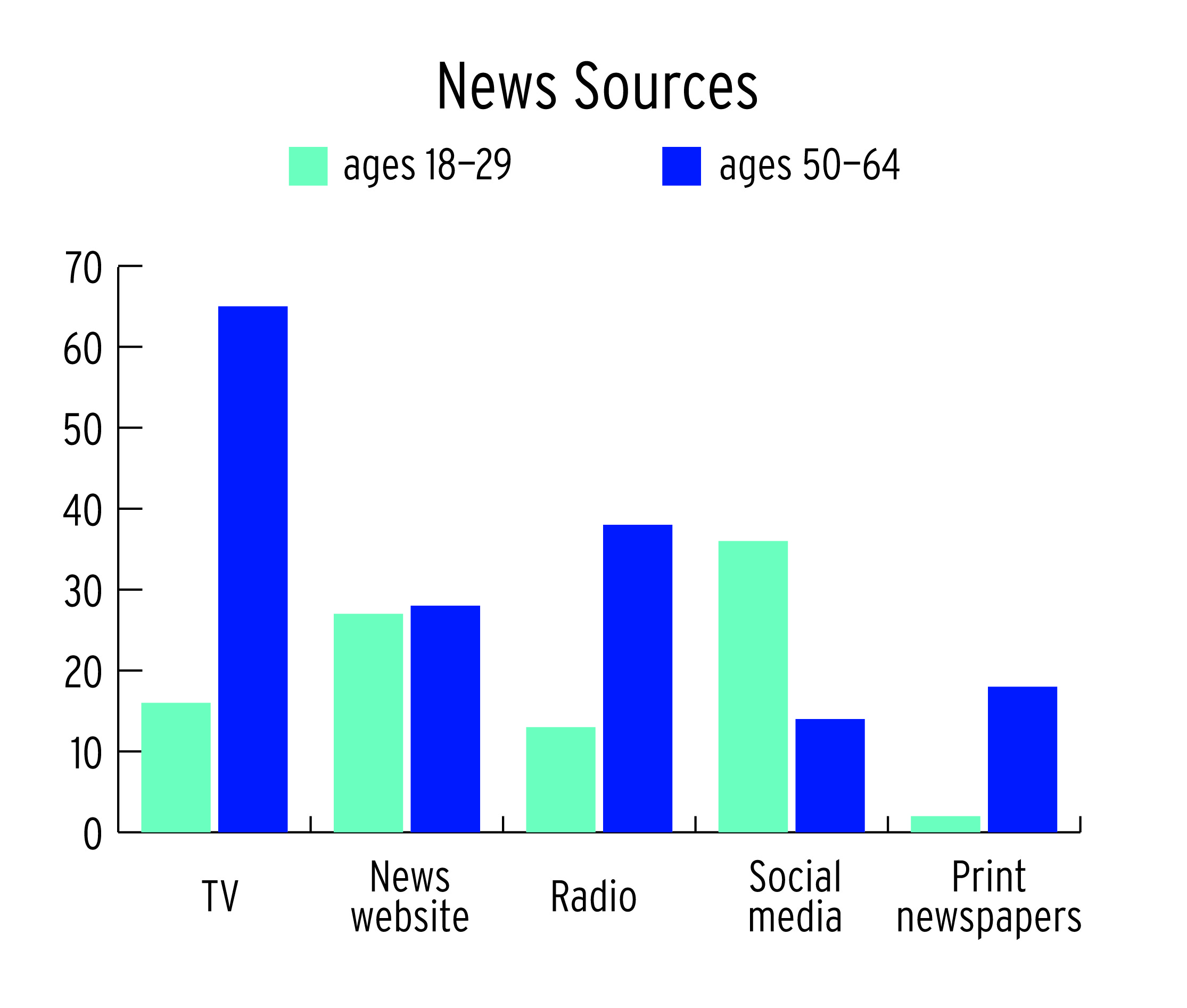 BYU communications professor Quint Randle researches digital news and says the trend has both upsides and downsides. One of the advantages is that people can interact with each other and spread information very quickly.

However, Randle said that people follow different media based on their opinions and viewpoints they trust and that people are more likely to trust the news they choose to consume or in this case to follow on social media.

He added that people might be more skeptical of news because consumers now have the ability to create and manage news.

“It used to be high entry level, now anyone can create news,” he said, adding that it can be useful when people take news and make it simple to read. understand for others.

According to Randle, students are less informed about the news, so it’s become less of a topic of conversation. He said that in general there are downsides to not consuming news.

“I don’t think you can make proper decisions in a democracy or informed decisions about a lot of things if you don’t have information,” Randle said.

A Pew Research 2018 study found that more Americans get their news from social media than from print newspapers.

In the past, news media was mainly broadcast through television and print newspapers, but since the advent of the Internet, digital and social media have come into vogue. Television and print media remain a popular source of information for older Americans, according to Pew Research. Adults aged 18-29 are consuming more information due to the growing popularity of social media platforms.

“Young Americans are also unique in that they are not dependent on a single platform in the same way that the majority of their elders are dependent on television,” the study says.

In the summer of 2017, Heaps wanted to gain experience for her major, but needed a starting point before landing an internship. She created Minute with Mads, an Instagram news account that helps people stay informed and better understand the news in a more accessible way.

She initially thought the account would be a summer resume-building experiment, but two years later she continues to run Minute with Mads.

Heaps said she had to be nice on social media, even if it was a news account. For example, she shares behind-the-scenes posts about her life and how she manages the account. Occasionally, she posts photos of her and her husband, such as when she posted about her pregnancy.

She is grateful that this account is a resource for people if they have questions about the news.

Not only does Heaps use her reporting skills, but she also loves how managing the account allows her to have a creative outlet and connect with people.

“I try to keep it pretty comprehensive just to give everyone a taste of what’s going on in each category or industry,” Heaps said.

She said if people hate the news, then they do it badly. What she knows now that she wishes she had known sooner is that there is no “right way” to consume information, but the right way is for each individual to find a way that works for them. please access it.

“The news can be terrifying and overwhelming,” Heaps said, “but the news can help you feel so connected to the world in a way that nothing else can.”

She suggests watching TV, subscribing to a newspaper or magazine, or following a few different news pages on Instagram or Twitter.

Heaps learned a lot from running his news account and said TV and print news won’t die, but social media will just become another news platform.

The world of social media information is growing. Heaps believes that although social media news is becoming increasingly popular, breaking news will always be on television and investigative journalism from outlets like The New York Times will keep print media alive.

Just as Heaps uses the news as a way to connect with people, she believes people should be informed so they can be more connected.

“Staying informed in this way will help you feel more connected to the world you live in and the people around you,” she said.

2020-01-06
Previous Post: Web/Social Media/News Associate Producer P/T
Next Post: Social Space: A roundup of all the social media news from across the GCC