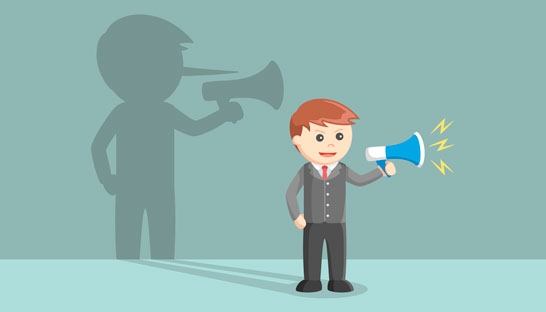 According to a new study, people who receive information via social media are the most critical consumers of information. While 46% of respondents worried about the accuracy of information shared on social media in the age of ‘fake news’, mainstream media remained trustworthy, despite a plethora of scandals that challenged the integrity of the written and television press.

The rise of the fake news phenomenon is often attributed to the success of a new wave of far-right populism that has taken root in global politics, with social media particularly criticized as a completely unregulated source of information. Fake news generally refers to journalistic articles that confirm false or inaccurate information, intentionally or unintentionally – however, it has also been used by political operators, notably by US President Donald Trump, who, although the term has taken importance in describing the lies propagated by his election campaign, ironically weaponized the term for his own use to discredit the opinions of others.

In an increasingly volatile reporting environment, according to KPMG’s annual report Media monitoring report, media consumers are extremely suspicious of the information made available to them via social networks. Following the shock Brexit vote in the UK, as well as Trump’s once-unthinkable victory in the US in 2016, both attributed largely to inaccuracies spread via platforms such as Facebook and Twitter, many Internet users have become increasingly critical of what they read, wherever they read it.

The research, undertaken on behalf of KPMG by Populus with support from IHS Markit, surveyed a sample of around 2,000 adults across the UK about their consumption and attitudes towards different media channels . The results showed that the established medium of television remained the most trusted media source, followed by radio, established newspapers and their web presences. The analysis also revealed a significant generational divide in which people received their news in the meantime, with television being the most common source of information for older respondents, while those under 35 most often sought news. information via social media.

Globally, public trust in traditional media as a whole has fallen to an all-time low, according to research presented at the World Economic Forum in Davos earlier in 2017. The famous Edelman Index reported that for the first times in its history, three-quarters of the 28 countries surveyed were “mistrustful” of government, business and the media, which Edelman also attributes to why people increasingly favor their friends and Internet contacts as sources of information and truth. However, KPMG’s analysis demonstrates that of all the news media available in the UK, it is in fact the non-traditional source of social media that is treated most critically.

According to another study by consulting firm Deloitte Nevertheless. Only 12% of those who read newspapers chose to do so for the sake of fairness, while a surprisingly 13% are slightly higher. of this information pulled from Twitter for the same reason.

The potential bias present in consumer news feeds was also counteracted to some extent by the level of suspicion with which these consumers treated this information. 88% of under 35s and 55% of older respondents got information through social media in some way. However, while the medium is seen as the spearhead of bias and the phenomenon of fake news, these receivers are far more critical of the data they receive.

While 17% said they would trust social media as a reporting source, a much higher 46% expressed concern about the accuracy of content they encountered through this medium. Those aged 55-64 were ranked as the most distrustful of information on social media, followed closely by 52% of those over 65. However, 18-24 year olds, who were among the most likely to access these sources, were the most skeptical. 46%.

By comparison, print newspapers, read by 42% of under-35s and 60% of older consumers, had a much higher trust rating of 46% to 25%. Readers of publications such as the Sun, Daily Mail and Daily Mirror – newspapers which have all been embroiled in scandals over their accuracy and integrity in recent years – are significantly less critical of the medium they serve. have chosen.

The Sun was infamously involved in covering up police culpability in the Hillsborough stadium disaster in 1989, while Piers Morgan, then editor of the Daily Mirror, was forced to resign over the role of his newspaper in the falsification of Iraq war photographs in 2004. In the meantime, the Mail has gained such a reputation for inaccuracy that Wikipedia founder Jimmy Wales recently claimed he had “mastered the art” of forging news. The three newspapers were also involved in a phone-hacking scandal in 2011, which led to the famous Leveson investigation.

Meanwhile, TV remained the format with the most trusting consumer base – with 65% trusting the format, compared to 13% who are skeptical of TV broadcasters’ reporting . This follows research into alleged biases in television news coverage by the Media Reform Coalition and Birkbeck University of London, which found the news broadcast gave double the airtime to critics of the leader of the parliamentary opposition Jeremy Corbyn than to those who supported him.

Over 10 days, the study analyzed 40 primetime newscasts from the BBC and ITV. Although the industry is bound by strict rules of impartiality, the BBC was particularly criticized in the study, which found that journalists on its main evening shows used “more pejorative language” to describe Corbyn and his supporters. A similar study led by Dr Bart Cammaerts of the London School of Economics has meanwhile claimed 75% press coverage “deformed” the politician.

With declining ad revenue seeing established media, especially in print, intent on doing anything to increase their profits, the study concluded that to remain relevant, these outlets must adapt their practices to counter the speed of social media output with controlled quality and expertise that will engage a new generation.

Commenting on the report’s findings, David Elms, Head of UK Media at KPMG, encouraged former media players to view the social media challenge as an opportunity, saying: “There is an opportunity for media companies to differentiate their brand by building and ensuring trust at both consumer and business level. Quality, and confidence in that quality, is a value differentiator for many established media companies. The appetite for quality news is strong, but the right balance between quality and an attractive price for consumers has yet to be struck. As such, media companies must continue to innovate.