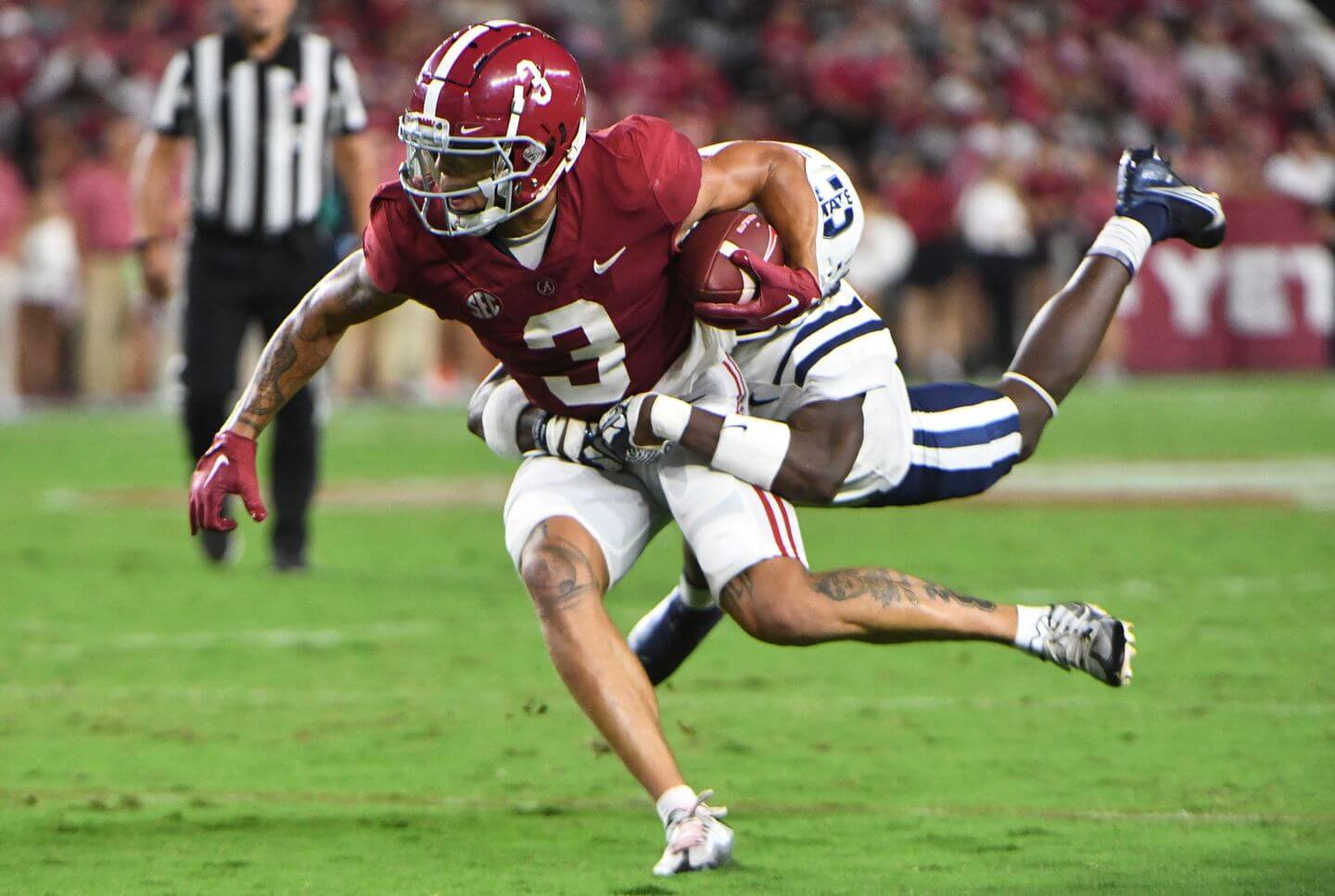 Welcome to another season, Final Thoughts readers. This year, I’m dropping the “in honor of (random player whose stats match the number of subjects)” gimmick. Here are 21 final thoughts from Week 1 (okay, Week 1 isn’t final yet).

What a wonderful, glorious sport, where you can spend the morning (Pacific time) simultaneously watching a game with two safeties and no touchdowns (Iowa 7, South Dakota State 3) and another in which a team scores 40 points in the fourth quarter only – and lose (North Carolina 63, Appalachian State 61)!

Frankly, I don’t know how we’ll survive eight months of Saturdays without her.

During this eternally long void between seasons, many of us spend our time trying to predict what’s to come. And then, without fail, many of these predictions go up in smoke as soon as the teams play their first game.

Looking at you, my pick of Utah in the Playoffs.

If nothing else, Saturday was a friendly reminder of the vast chasm separating the SEC and the Pac-12. Defending national champion Georgia treated No. 11 Oregon more like an outmatched FCS team than a program that won at Ohio State less than a year ago. Florida-Utah, on the other hand, was a thriller on the wire, with the Gators sealing a 29-26 upset by intercepting Cam Rising in the end zone in the final half-minute. But it was still a Florida team chosen to finish fourth in the SEC East by beating a preseason top-10 team chosen to repeat as Pac-12 champions.