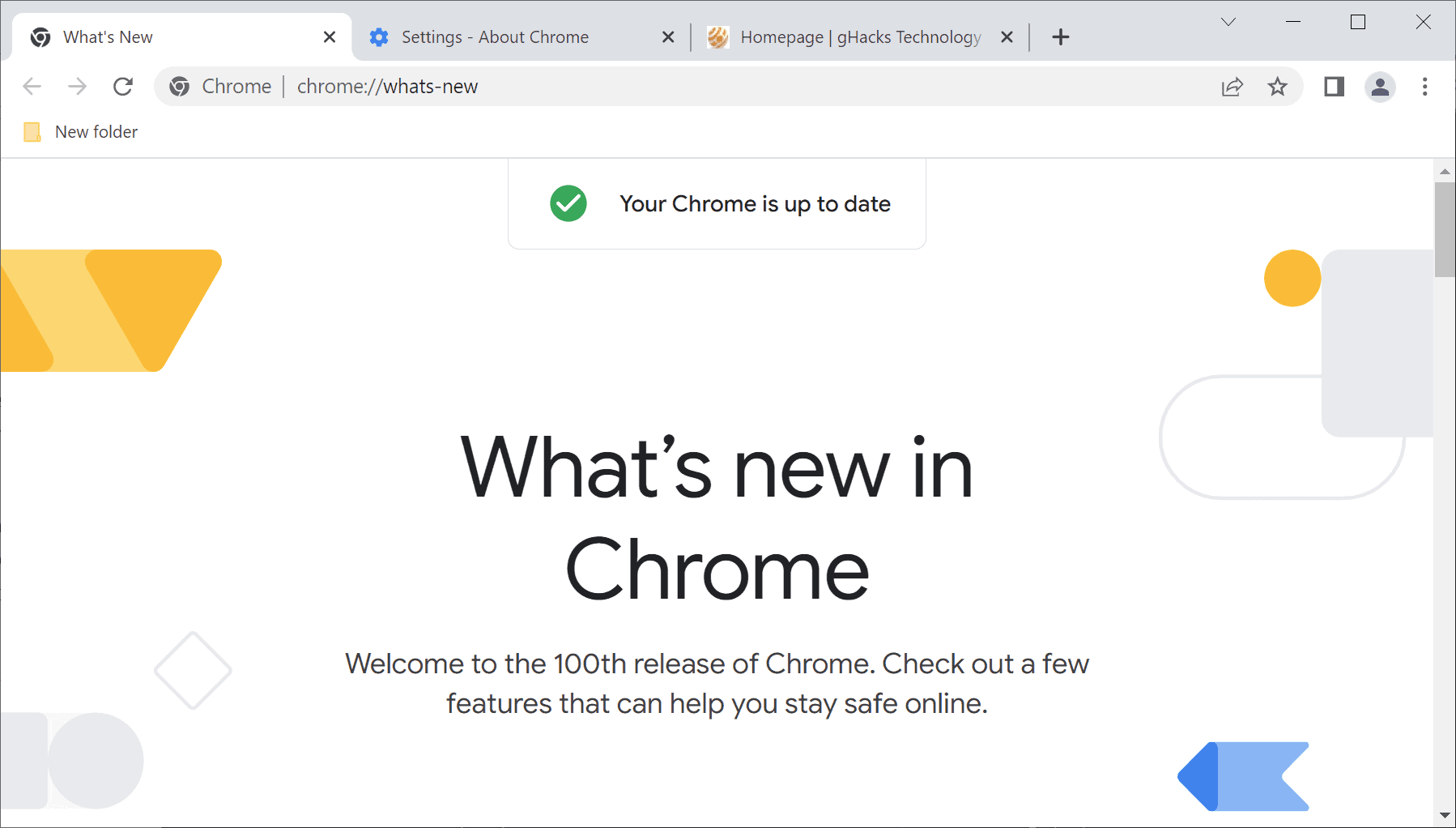 Google released Chrome 100 Stable for all supported desktop operating systems on March 29, 2022. The new version is also available for the Extended Channel for Windows and Mac. The extended stable release ignores all odd releases.

Chrome 100 is a major release, but unspectacular as it does not introduce major changes to the web browser. The new version is already available. Chrome users can load chrome://settings/help to view the current version and download the new version if it hasn’t already been downloaded and installed. Select Menu > Help > About Google Chrome to open the same page.

Google Chrome 100 is primarily a security update release. The Chrome releases blog reveals that the release contains 28 security fixes, many of which were reported by third-party security researchers. The highest severity rating is high and none of the issues appear to be exploited in the wild currently, as Google usually mentions in the ad.

As for non-security related features, there aren’t many. Chrome 100 updates cookie string parsing by allowing cookie domain attributes to be set to empty strings. Until now, Chrome didn’t handle them as per specification.

There is also a new multi-monitor window placement API to better support multi-monitor devices. Google lists a number of use cases for the new features:

Here is a list of the remaining additions in Chrome 100:

Now you: have you installed the new version?